Chrissy Teigen may be an open book, but that doesn't mean she's sharing everything about her pregnancy.

As the model prepares to welcome her second child with John Legend, fans are dying to know if the couple will welcome a boy or a girl.

Well, Teigen is taking a page out of the Kardashians book as she hasn't revealed the gender yet.

In an interview with PEOPLE, the second-time mom-to-be said that she and Legend are not ready to reveal the gender of their new baby.

However, she was very open about having her baby girl, Luna, through in vitro-fertilization.

Fans are speculating that the couple will welcome a baby boy because Teigen had stated that she would like a boy next.

The Lip Sync Battle co-host did confirm that she and Legend did use IVF again to conceive their second child. She explained that they decided to do the process again so that the embryo could be made.

Teigen also mentioned that she enjoys the process because of the quick response. The couple knew she was pregnant 11 days after the treatment. However, the pregnancy feels longer because the results come in so soon.

"I think I randomly tweeted that you know those people where you're like, 'Oh, it feels like you've been pregnant forever,' and you're like 'Hey screw you!' I'm going to be that person," Teigen added.

Chrissy And John Prep For Baby No. 2

In November 2017, the 32-year-old took to her Instagram to announce that she was pregnant with her second child.

The Cravings cookbook author posted a video of her and her daughter, Luna. Teigen points to her stomach and asks Luna, "What's in here?" Luna responds, "baby."

"it's John's," Teigen captioned the video.

"If you have a name idea, somebody is going to be like, 'No I knew a person by that name in high school and they were gross,' That always happens," Teigen stated.

The couple didn't pick Luna's name until three days before she was born. It looks like the same thing might happen with the new baby.

Teigen told PEOPLE that they may go the music route as they are looking to Legend's career for some inspiration. Does this mean the two are expecting a boy? Let's see! 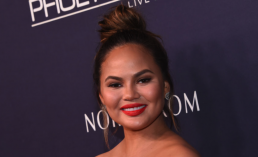 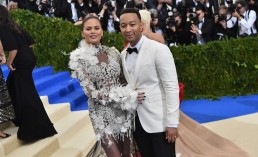 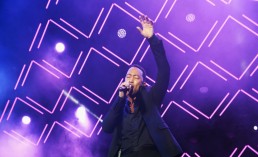