Kim Kardashian and Kanye West have finally revealed the name of their baby girl.

On Friday, the cosmetics mogul took to her official website to announce the name of their third child.

Kardashian simply posted a photo of the name Chicago West on her website along with her birthdate and weight. Yeezy fans probably know that the couple chose the name because Chicago is Kanye's hometown.

However, the way Kardashian confirmed the name might come as a surprise to fans. For her eldest children, she posted a photo of them and then captioned the photo with their names. Does this mean Chicago will be revealed on her website also? Let's wait and see!

As previously reported, Kardashian also took to her website to announce the arrival of her baby girl. She and Kanye welcomed their daughter on Jan.15 via surrogate, weighing in at 7 pounds and 6 ounces.

According to TMZ, Kim was in the delivery room during the birth and was the first person to have contact with the baby.

"We are incredibly grateful to our surrogate who made our dreams come true with the greatest gift one could give and to our wonderful for their special care. North and Saint are especially thrilled to welcome their baby sister," Kardashian wrote.

On Keeping Up With the Kardashians, Kim struggled during both of her pregnancies with North and Saint.

In June 2017, the reality star revealed that she and Kanye have decided to use a surrogate, as she was unable to carry on her own. Doctors told Kim that it would be risky if she were to get pregnant due to her suffering from preeclampsia and placenta accreta.

Luckily, the pair were able to find a surrogate that was willing to carry their third child. While appearing on The Real, the KKW Beauty founder explained that she and Kanye were so blessed and grateful for their surrogate.

Now that Chicago is finally here, the Wests are focusing on adjusting to their newest family member. Sources say Kim has been enjoying the downtime and has been spending a lot of time with her kids. 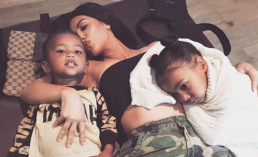 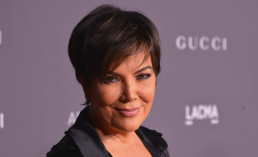 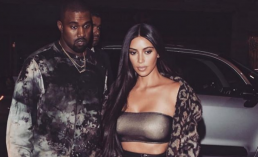