Faith Stowers is weighing in on the recent rumors claiming James Kennedy may be gay and secretly in love with his roommate, Logan Noh.

Following Monday night's episode of Vanderpump Rules season six, Stowers made an appearance on the Vanderpump Rules Party podcast, where she weighed in on what is going on between Kennedy and Noh, who were extremely touchy-feely during the episode.

“Logan and James have a very very very close relationship," she said, according to a report by Reality Blurb. "I’m just going to say that they are very close. They are really close. And Logan doesn’t want James to get hurt by any woman... Doesn’t want any harm to ever come to James."

On Monday, fans watched as Kennedy and Noh seemed to flirt with each other as they discussed the possibility of being in love. Then, Kennedy attempted to shut down any rumors regarding his sexuality, claiming that while he does love Noh, he loves him as a best friend.

Still, Stowers didn't appear to be convinced during her interview with the Vanderpump Rules Party podcast and suggested there was more between them.

"Logan loves James very very very very very very much. And James loves Logan as well. I think it can look a little weird because of how they interact with each other," she continued. "I’m not going to say what I think that they are because that would be so awful."

She went on to say that she hoped Kennedy and Noh would live their truth.

As fans of Vanderpump Rules know, Stowers has been a hot topic throughout the sixth season of the show due to her past affair with Jax Taylor. On the first episode of the season, Stowers was seen telling Kennedy about her relationship with Taylor, much to the shock of Kennedy and everyone she told.

In the weeks since Taylor admitted to sleeping with Stowers, he has been seen continuing on with his relationship with Brittany Cartwright, who didn't hesitate to forgive him for cheating. 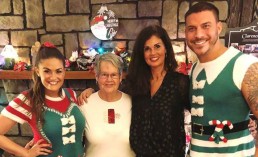 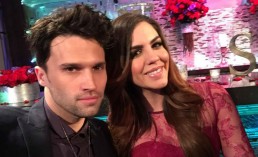 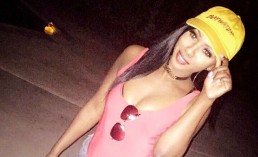