The downward spiral of Jesse Williams’ love life continued as reports announced that he and his alleged girlfriend, actress Minka Kelly, called it quits. The news came amid Williams’ ugly divorce with his long-time wife, Aaryn Drake-Lee.

A Breakdown Of Jesse & Kelly's Romance

Though neither of them confirmed it, rumors of Williams and Kelly being a couple sparked over the summer last year. The two were working on a video game together. It was also just as details of Williams’ divorce with Lee made headlines. There was even speculation that there was an overlap between Williams’ alleged romance with Kelly and his marriage with Lee.

While Lee stayed quiet about the rumor, Williams and Kelly shut down cheating rumors. They both made it clear in their way that they were not responsible for Williams’ marriage with Lee coming to an end. Kelly called out one fan on social media who hoped the negative rumors about Williams were not true.

“They’re not,” said Kelly. “Hate for you to be disappointed. Glad I could clear that up for you…”

Williams also had a few words after he was accused of stepping out of his 13-year marriage with Lee.

“I was in a relationship 13 years, 13 real years, not 5 years, not 7 years – 13 years,” said Williams. “All of a sudden [people] are writing think-pieces that I somehow threw a 13-year relationship. Like, the most painful experience I’ve had in my life with a person I’ve loved with all my heart – that I threw a person and my family in the trash because a girl I work with is cute.”

Interestingly enough, in the heat of Williams and Kelly’s reported relationship, there was a clause in Williams and Lee’s custody settlement that they could not introduce their two children to anyone unless they had been dating for at least six months.

This issue was brought to light when word hit that not only Williams but also his children with Lee were hanging out with a woman who goes by the name "Mama C" and "Auntie C." Her real name is Ciarra Pardo. While Lee is reportedly convinced Pardo and Williams are an item, insiders have said they are just friends, so he didn’t break the terms of their divorce. Pardo and Williams have known one another since they were kids so she is also familiar with Lee.

Pardo said she has hosted Williams and Lee’s children at her home multiple times since October. 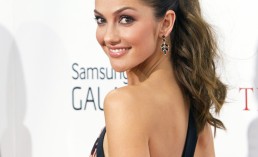 'Grey's Anatomy' Cast: Jesse Williams Can Only Speak To Aryn Drake-Lee Through An App [VIDEO]