Another celebrity couple has called it quits. Simone Whitmore of Bravo’s Married To Medicine and her husband Cecil Whitmore have decided to go their separate ways after 21 years.

Dr. Simone Has Had Enough

The two have had a tumultuous marriage on the most recent season of the hit series. Simone had already been living in a separate home on the other side of town in hopes of having an easier commute to work. That just seemed to be the beginning of their issues as they grew further apart. Simone revealed that she would often threaten her husband with a divorce to get his attention, and it has always worked in the past. Still, this time she made it clear she’s serious.

Interestingly enough, Whitmore announced the news while the ladies filmed the reunion for the current fifth season of the show Thursday. It’s slated to air in March. She also gave details to PEOPLE in an interview, revealing she filed back in October and has plans to make it final when she gets back home in Atlanta.

“There is no 'if' here, there are no games,” said Simone. “I am not pretending. I am done. I have reached a place where I am in a marriage where I do not feel loved and no sacrifices are being made for me to make me feel loved. I must move on.”

The two were noted as the couple who had been married on the show. In fact, they celebrated their 20th anniversary via a special couple’s trip that aired last season. Their separation is a key that they truly grew apart after being so close in the initial phases of their union.

Simone said that while it appeared they were making improvements by going to counseling, she said they stopped attending sessions, which caused their problems to stick around longer than they hoped. She confessed that life got in the way and they were simply too busy to go because of traveling, taking their son to basketball tournaments, and preparing their oldest son, Miles, for his first year of college.

“We should have kept marital counseling as a priority, but we let the ball drop.” Whitmore then explained what caused her to reach her boiling point.

“Cecil and I had a disagreement,” said Simone. “We were trying to talk through it -- with sometimes tense, sometimes normal negotiations in process -- and he woke up on Saturday morning, we had a blow-up. I knew that day my marriage was over. My marriage had ended. I could no longer deal with the stuff he was dishing.”

Since her filing, she said she and Cecil have been cordial to one another and can even get along. She’s leaned on her co-stars Jackie Walters, who experienced her own marital woes this season, and Toya Bush-Harris for comfort.

Married To Medicine airs on Bravo Fridays at 8/7c. 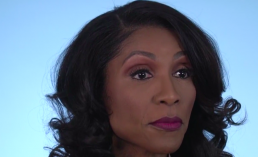