Disneyland was not the happiest place on Earth for parkgoers when Ursula lost her head Sunday.

According to those on the Little Mermaid ride at Disney California Adventure Park Jan. 28, the animatronic villain continued moving and singing while her head dangled in front of her.

This happened today which caught me off guard because Disney is usually so critical over things like this #offwithherhead ! pic.twitter.com/biGGYG6ec2

She also shared that park staff were aware of what happened because they were ushered out right away after their ride.

Reactions To The Incident

"Many people had seen Ursula decapitated, including kids who understandably were upset," said the poster.

Did the Queen of Hearts rampage over the weekend? Twitter user @AviationPhotoAC thought so.

Others were concerned about the therapy children will be needing after witnessing Ursula's unfortunate state, while @whitydarling suggested Disney put their money into old attractions that people still love.

@Aeric77, on the other hand, reminisced about working in Disney World, sharing wonky animatronics are actually more common than the public realizes.

In fact, Ursula wasn't the only Disney animatronic to lose their head during the weekend.

The infamous Auctioneer at Pirates of the Caribbean literally lost his head I'm curious how long it takes them to fix it #dlplive pic.twitter.com/TZ6JOW64m5 — Julian (@HOPAJUL) January 28, 2018

In 2005, 14 people were taken to the hospital after a roller coaster collision occurred in Disney California Adventure Park. At least 48 parkgoers were on the ride when a carriage crashed into another cart's rear.

The ride in question was California Screamin', an attraction shaped like Mickey Mouse's head. Those hurt, including two children, suffered only minor neck and back injuries.

According to Kathy Fackler, founder of Saferparks, an amusement park safety organization, fixed site rides are exempted from federal oversight. Local and state governments have safety regulations in place, but no standard set of measures is implemented.

Initially, amusement parks were under the jurisdiction of the Consumer Product Safety Commission. Pressured by industry leaders, the rules, however, changed in 1981. Under the regulatory system currently being followed, rides in some states don't undergo government inspections. 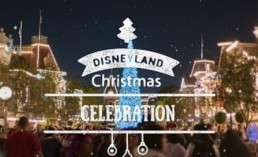 Inspiring Videos: Feel The Christmas Magic With A Disneyland Timelapse 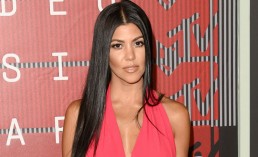