It's official. There is nothing Cardi B can't do. The rapper, who's storming through the charts right now via her collaboration with Bruno Mars's '90s throwback "Finesse," has now taken over Alexa's place as Amazon's illustrious voice assistant.

It's all part of a new Super Bowl ad, which sees the eponymous Alexa losing her voice, only to be replaced by a few famous faces. Alongside Hannibal Lecter himself, Anthony Hopkins, and comedian Rebel Wilson, Cardi B steps in to take on the important role in Alexa's absence.

The ad, which hit YouTube Wednesday, will air during Super Bowl Lll on Sunday. It kicks off with Alexa losing her voice due to a nasty bout of flu. Amazon is then forced to try to replace her, at least temporarily.

Along with Hopkins, Cardi B, and Wilson, infamous TV chef Gordon Ramsey is also brought in to help out — even though, surely, his taste for colorful language wouldn't suit the job. Amazon CEO Jeff Bezos also makes an appearance in the hilarious 90-second clip.

It's safe to say that Hopkins' Dr. Lecter-esque stylings don't quite fit the bill either, nor does Wilson's predictably vulgar display. The best fit for Amazon's smart speaker intelligence software is clearly the ubiquitous Cardi B, who lends an authenticity and a modern spin that is all her own.

"Well, how am I supposed to know? I never been there!" she responds when asked a question about how far away Mars is.

She also plays her own hit song, "Bodak Yellow," after being asked by a user for some country music.

Cardi B At The Grammys

This is just another addition to a great week for Cardi B. At this past weekend's Grammy Awards, she was nominated for Best Rap Song and Best Rap Performance for her breakthrough anthem "Bodak Yellow."

The song knocked reigning Queen of Pop Taylor Swift off the top of the charts toward the end of last year, unceremoniously unseating her from the no. 1 position. Cardi B thereby became the first female rapper to land a solo no. 1 single in the United States since Lauryn Hill back in 1998 with "Doo Wop (That Thing)."

The Super Bowl kicks off at 6:30 p.m. ET on Sunday on NBC. Rappers Missy Elliott and Busta Rhymes will also star in a spot for Mountain Dew and Doritos during the show.

Aside from the hilarious Amazon commercial, all eyes will be on Justin Timberlake's halftime performance, his first since he and Janet Jackson headlined the 2004 Super Bowl halftime show. 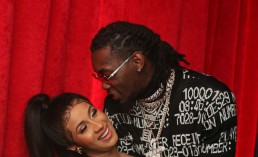 Will Cardi B Stay With Offset Amid Cheating Rumors? 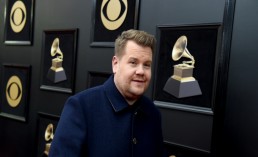 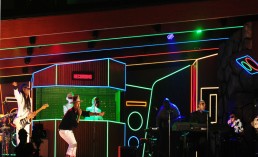