Shannon, also a former girlfriend of the late Playboy founder Hugh Hefner, joins the list of victims of Marciano. She narrated with The Blast that she met the clothing exec in 2012, and clearly remembered that he compared her to 1993 Playmate of the Year awardee, Anna Nicole Smith.

Moreover, the set for her test shoot was made to look like it was for the now-deceased Playboy playmate. But the whirlwind rollercoaster ride started when Marciano went to Shannon's home to supposedly show her the pictures from her photoshoot.

"He forced himself on me," Shannon alleged, and added that he touched her private parts, leading to an intercourse.

Prior to this, she claimed that he casually spoke of model Kate Upton's success in the industry, which he credited to them sleeping together.

"Look where she is now," Marciano said then.

What happened between her and Marciano went on, Shannon narrated, as Marciano promised her a striving and high-flying career, as well as a Guess partnership. However, none of these promises came to life.

The Girl Next Door actress also divulged that Marciano oftentimes asked for her nudes. But just last year, Shannon decided to stop all the nonsense and put an end to what she and Marciano were having.

"Now that I'm talking about this, I'm getting so emotional. The whole reason my sister and I did Playboy is because we wanted to be models. He hung that over me. I hate him," Shannon exclaimed.

What encouraged her to come out of the shadows was Upton, who recently made shocking allegations against Marciano. The Layover actress expressed her disgust over Guess's move to praise the creative director and paired it with the #metoo.

This campaign stemmed to actresses who publicized their horrifying stories with Miramax founder Harvey Weinstein. The throng of accusers had launched a huge wakeup call in the industry and had transcended to other workplace, and to this date, the fashion world.

Naturally, Upton's use of the hashtag had people raising their eyebrows over Marciano's actions. In an interview with Times, the 25-year-old actress asserted that the Guess exec started to do vile things to her when she was 18.

Marciano strongly denied this and revealed that he had expressed support with Guess to conduct an investigation. Moreover, the businessman said he supported the #metoo movement. 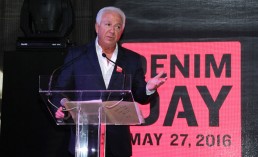 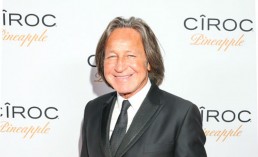 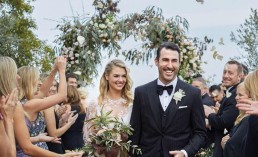