Blake Lively shows off her post-baby bod, revealing she gained a massive 61 pounds during pregnancy. Fortunately, she's shed almost all of it now.

The actress, 30, has been known for her svelte frame since Gossip Girl days, but pregnancy can change even the most toned bodies — especially when 61 pounds of baby weight is involved.

In an Instagram post today, All I See Is You actress shares her incredible achievement and expresses her gratitude to celebrity trainer Don Saladino.

"Turns out you can't lose the 61 lbs you gained during pregnancy by just scrolling through Instagram and wondering why you don't look like all the bikini models," Lively wrote on her social media caption. "Thanks @donsaladino for kickin my A double S into shape. 10 months to gain, 14 months to lose. Feeling very proud."

Saladino has previously worked with Lively to get her into surfer shape for the movie The Shallows. Back then, the actress was just months off from her first pregnancy, and she also credited the celebrity trainer for kicking her butt to achieve her goals.

"It was neat to be able to do that, and it was neat to have that challenge after having a baby, because you think your body is so different — you think no matter what, it's never [going to] totally be the same," she tells ET in 2016, adding that being in even better shape now than she was pre-baby was very encouraging.

Some of Saladino's famous clients aside from Lively and Reynolds include Avengers stars Scarlett Johansson and Sebastian Stan.

Lively may be working out with her trainer, but her hand injury from the set of upcoming film The Rhythm Section is still healing.

The spy thriller directed by Reed Morano (The Handmaid's Tale) has shut down production while the actress recuperates from a second hand surgery after the first one did not go as planned.

"She's just recovering," Morano explains to The Hollywood Reporter. "The problem is that normally, that kind of an injury, you would have four to six weeks of rehab and then you would wear a splint. We have to go into stunts, so it's very complicated."

The Rhythm Section is set to resume production in June. 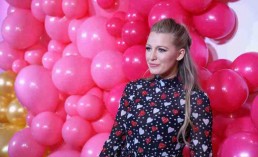 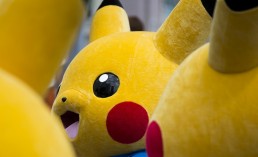