Louise Linton's life isn't quite reality for most people, but reality television has been pitched repeatedly to her, a prospect she finds "super-duper" scary.

In an interview with Elle, the wife of U.S. Secretary of the Treasury Steven Mnuchin re-brands herself as a regular woman thrust in unfamiliar territory and unwanted spotlight.

One look at the Scottish actress and it's easy to believe she's already casted in a Real Housewives type of show. Blonde, beautiful, and already boasting experience in front of the camera, it won't be surprising if she eventually takes the leap.

For Linton though, the prospect of reality television is "super-duper" scary.

Linton faced backlash after posting a now-deleted Instagram photo of her exiting a government plane with her husband in August. The accompanying tags of all the designer clothing she was wearing — Valentino, Tom Ford, Hermes — already caused criticism from other Instagram users. But it was her response to a particular comment that drew the most ire.

In a lengthy comment, Linton fired back to commenter Jenni Miller who mentioned the people paying for the couple's getaway. She pointed out that their trip was not personal, adding that she's confident her family sacrifices more in tax than Miller does.

The viral comment was another misstep that Linton says she's "super-duper" sorry for, especially after considering her husband's position in public office.

"I was feeling like a regular person," she says. "And regular people, when someone says something mean to you on social media, regular people are allowed to respond. I felt like the kid on the playground that has been so bullied, and finally you punch back."

Linton may wear designer clothing and grew up in a small Scottish castle, but she insists on being a regular person. From her dreams of becoming a Hollywood actress to wearing SoulCycle clothes every day to her obsession with selfies, the 37-year-old wants the world to know she's the girl next door.

In the wake of her numerous missteps upon arriving at Washington, she even sought out the help of a political etiquette expert to teach her the dos and don'ts of life as a politician's wife.

"I'm just a regular girl, and I'm not perfect, but I'm trying my best," Linton states. "Maybe I should wear that on a T-shirt and Instagram that. And then on the back it should say...'I'm so sorry.'" 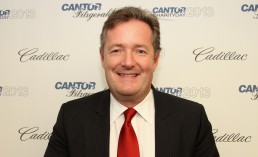 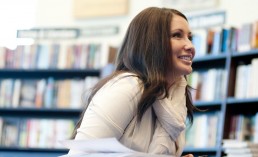 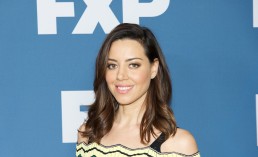