Beyonce has been spotted doing an intense SoulCycle exercises despite being pregnant with twins. The former 'Destiny's Child' member's husband; Jay-Z has been supportive to his wife despite a year of divorce rumors.

According to US Weekly, Beyonce may be bearing twins inside her tummy, but the singer-songwriter isn't slacking off on her exercises. As a matter of fact, a source has stated that Queen B has been joining the spinning class at studios all over Los Angeles. It was also noted that the former "Destiny's Child" member has been taking class almost every day.

Furthermore, Celeb Dirty Laundry has learned that it is somewhat easy to sneak into SoulCycle classes. This was because the lessons are most often conducted in the dark with pulse-pounding music which makes it hard to perceive or even hear anything other than the person's own heartbeat.

It was also known that Beyonce has been a perfectionist about her image making it not hard to see why she doesn't want to be seen somewhere in public places without preparation. Queen B has been the same woman who always plans every publicity appearance and even the unintentional public stops.

But then, the attention-grabbing part of Beyonce's attendance in SoulCycle class is that Jay-Z is accompanying her to every lesson. It can be previously recalled that the couple has been reported to be in the process of divorce but after the pregnancy has been publicized these speculations can now be buried. It appears that Beyonce and Jay-Z are fine and it appears that the singer-songwriter has a supportive husband.

With Beyonce still attending SoulCycle class that is offering intense exercises, it really appears that the former "Destiny's Child" member doesn't want to take a break in doing some workout though she's pregnant. Moreover, it somewhat sweet that her husband Jay-Z is supporting her and the divorce issues can now be laid to rest. 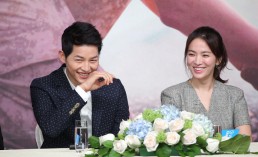 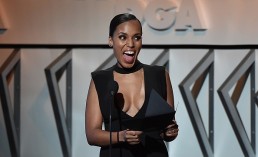