"Diamonds" singer Rihanna has welcomed her 30th birthday in a peculiar manner when she wore an "I Hate Rihanna" shirt.

Usually, birthday celebrants receive the nicest words from everyone on their special day and from themsleves, but the case was different for Rihanna, who comically bashed herself. The singer took to her Instagram Stories on the eve before her birthday to share her photo.

The pink oversized shirt also included "Don't trust anyone under 30," and the ex of rapper Drake captioned, "last day to make a bad decision and blame it on my 20's." Rihanna paired this with pink sunnies and some hoop earrings.

The much talked about tee is from Bjarne Melgaard's The Casual Pleasure of Disappointment exhibition. It first saw light last year during the New York Fashion Week at Red Bull Arts, New York.

An "I Hate Rihanna" shirt sells for $130, but is currently unavailable, as per their website. Vogue said that the exhibition targets and takes a jab on fashion's obsessions including the singer.

"This oversized T shirt is devoted to building solidarity between older men of means against the emotional and financial exploitation perpetrated by the young," the description reads.

Apart from the Fenty Beauty owner's ironic but hilarious move, Rihanna shared to her more than 60 million followers two photos, one when she was still a kid, and another one from now. In her post, she expressed her gratitude toward her mom, Monica Fenty, and praised her for everything she had done.

"Today is just as much your birthday as it is mine! I love you mom!" Rihanna wrote.

Meanwhile, apart from her tee, Rihanna's birthday had been getting some loud buzz after her ex, singer Chris Brown, greeted her via his social media account. The 28-year-old Loyal singer shared a photo of a young RiRi.

It garnered mixed reactions. Some slammed Brown and said that what he did to Rihanna could not be forgotten. Some, however, explained that people should learn to forgive and described his action as cute and sweet.

Rihanna had become unpredictable in terms of fashion choices. It can be remembered that in 2016, she wore a $35-shirt, printed with a photo of Hillary Clinton wearing a Yankees cap.

However, contrary to the meek price of the tee was her bag at the time, a Louis Vuitton, which costs $4,400. She had also worn a pair of Gucci socks in December that cost a whopping $1,340. 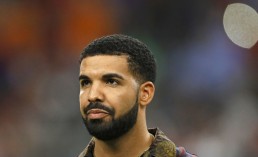 Drake Donates Over $200,000 To The Miami Community 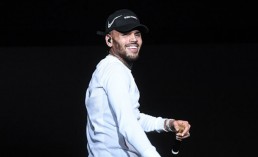 Chris Brown Might Go To Jail For Having A Pet Monkey 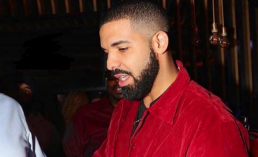