Independent filmmakers Jay and Mark Duplass have signed a deal with Netflix, which gives the streaming service rights to stream four of their upcoming films.

The director duo, whose credits include indie flicks like The Overnight, Creep and Jeff Who Lives At Home, have handed over exclusive rights to Netflix to stream their next four films on the streaming service.

The brothers released a statement expressing their excitement over their four-film deal with Netflix and talked about their ability to reach out to viewers across the globe thanks to the streaming service's growing subscriber count.

"Turns out when you make films for Netflix, millions of people all over the world watch them. This is not a terrible thing for an independent filmmaker," the Duplass brothers said. "As Netflix continues to grow and develop new ways to reach viewers, we couldn't be more thrilled to grow our partnership."

The Duplass Brothers Partnership With Netflix

This isn't the first time the Duplass Brothers and Netflix have come together. They previously joined hands for the duo's 2005 debut film, The Puffy Chair. Netflix's now-defunct Red Envelope Entertainment arm handled the film's distribution and the film marked the company's first feature film acquisition.

Three years ago, Netflix and the Duplass Brothers entered into an SVOD (Subscription video on demand) agreement that comprised of Blue Jay, Creep 2, Take Me as well as the forthcoming titles, Duck Butter and Outside In. Netflix had exclusive worldwide SVOD distribution rights to the films following a brief theatrical release window.

The filmmakers also served as executive producers on Netflix's upcoming six-part documentary series, Wild Wild Country, which is about a controversial Indian guru cult's plans to build a utopian city in the Oregon desert in the '80s. The series was first screened at the Sundance Film Festival and will make its debut on the streaming service on March 16.

The Duplass brothers' next film is an untitled project starring Mark Duplass and Everybody Loves Raymond star Ray Romano. The upcoming film, which recently wrapped up production, revolves around "a bittersweet bromance and centers on themes of friendship, mortality, and made-up sports." The film is slated to hit theaters later this year.

The film will be Alex Lehmann's second venture as director after helming Duplass Brothers' Blue Jay, which he also cowrote along with Mark Duplass. Mel Eslyn, president of Duplass Brothers Productions, will serve as a producer along with Alana Carithers and Sean Bradley. 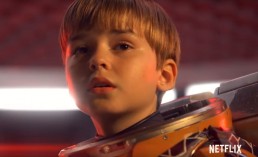 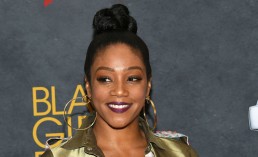 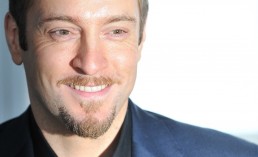 Netflix Releases Trailer For New Reality Show ‘The Push’: What’s It About?