Demi Lovato and former boyfriend Wilmer Valderrama sparked reunion rumors when they stepped out together on Saturday. The exes enjoyed each other's company as they lunch on guacamole at a Mexican restaurant.

Lovato and Valderrama were spotted together in the San Fernando Valley at Sol Y Luna at a corner table for two. The pair dressed down for the occasion with the former Disney star wearing a hooded jacket, hooped earrings, and her hair tied in a bun. Valderrama also wore a similar-looking jacket.

Eyewitnesses claimed the That 70's Show alum and the 25-year-old "Simply Complicated" singer appeared comfortable with each other. They were super friendly with each other and shared some laugh as they ate the guacamole prepared for them on the table.

This is not the first time the exes sparked reunion rumors. Lovato and Valderrama also parked reconciliation rumors in August 2017 when they were seen cozying up to each other during the birthday bash. Then in June 2017, Lovato and Valderrama posed for a sweet photo together at a barbecue she hosted at her home in Los Angeles. The photo shows the actor with his arms around the pop star.

"Best of friends no matter what," Lovato captioned the image and tagged her ex. She shared the snap on her Instagram story on June 10.

The lunch date comes after Lovato talked about her relationship with Valderrama in her documentary Simply Complicated in October 2017. In it, the Camp Rock star admitted that she has never loved anybody like she has loved Valderrama. She also revealed that she still loves her ex following their split in June 2016.

Lovato also recalled the first time she met the NCIS star and experienced love at first sight. The singer called the 38-year-old Valderrama as her rock and her everything.

"When I met him and I laid eyes on him for the first time, I was in hair and makeup and I was like, 'I love his man and I have to have him.' But I was only 17 so he was like, 'Get away from me.' After I turned 18, we began dating and I think it was love at first sight. I don't really believe in that, but I believe it happened," Lovato said.

Valderrama and Lovato split in June 2016 after six years together. They released a joint statement to confirm their breakup and said they are better off as best friends. 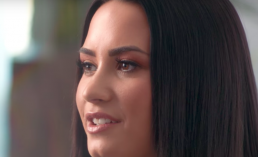 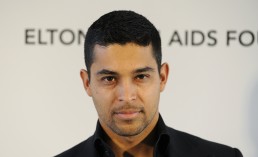 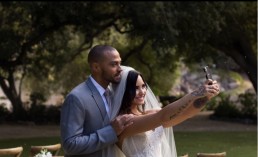 WATCH: Demi Lovato In Heartbreaking 'Tell Me You Love Me' Video