Academy Award winner Jordan Peele already has a perfect spot for his Oscar trophy, and that is beside his last year's Emmy award for Key & Peele.

Peele, 39, bagged the Oscar for Best Original Screenplay for the film Get Out, which he wrote and directed. In 2017, Comedy Central's Key & Peele was pronounced the winner of Outstanding Variety Sketch Series and the Outstanding Makeup for a Multi-Camera Series or Special (Non-Prosthetic) awards.

In a tweet following the awards night, Peele shared what it felt like to have his first Oscar placed beside his Emmy.

"This is exactly what it looked like watching my wife give birth," wrote Peele.

Reluctance In 'Get Out'

In his speech following his receipt of the trophy, Peele thanked his production team, fans, and the Academy Awards body. He added that it took him several tries before finally finishing the movie.

"But I kept coming back to it because I knew if someone let me make this movie people would hear it and people would see it," he explained.

This is the first time that a black screenwriter has won the Best Original Screenplay category. Now that he has an Oscar and an Emmy, Peele is just a Grammy and a Tony award away from achieving an EGOT status.

Oprah Winfrey said she is "happy and proud" of Peele's success, and she even thanked him for a "great" conversation.

Josh Gad, who is known for Olaf's voice in Frozen, cannot contain his excitement on Peele's winning streak.

Meanwhile, Keegan-Michael Key, who took the lead role in Key & Peele, was photographed yelling with happiness with both of his arms in the air for his partner's award.

Speaking to the press after the Oscars night, Peele said his award for Get Out is intended to inspire people to aim the highest for their goals.

"An award like this is much bigger than me. This is about paying it forward to the young people who might not believe they can achieve the highest honor in whatever craft they want to push for," Peele said.

© 2020 ENSTARS, All rights reserved. Do not reproduce without permission.
TAGSJordan Peele Get Out Oscars 2018 Academy Awards
SEE COMMENT
CLOSE COMMENT 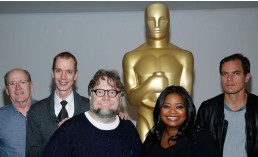 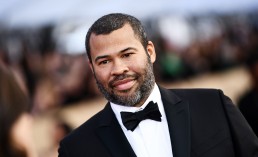 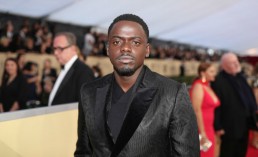