The 2018 Oscars red carpet was the usual mixture of bright, brash, and beautiful. Nineteen of the most eye-catching looks were courtesy of one designer.

Legendary designer Christian Siriano, who is celebrating a decade in the fashion industry, has been incredibly busy in the past few months. Siriano designed 10 dresses for the Golden Globes and three more for the SAG Awards.

He also put on a fashion show with a jaw-droppingly star-studded frow and launched a makeup collection in collaboration with E.L.F. Cosmetics. All the while, Siriano has been growing his empire to include books, homewares, shoes, and fragrances.

Somehow, the in-demand designer found the time to create a total of 19 outfits for the biggest night in the entertainment industry.

It wasn't all dresses, either, as alongside the gorgeous ballgowns were eye-catching statement suits. The group included Oscar nominees and winners alike, as well as activists, Olympians, and even performers.

The 19 featured looks weren't even everything. Siriano had more looks that didn't make it onto the carpet.

"We sent out so many gowns this season, it was nuts. We made a few more custom looks that didn't end up on the carpet so we probably would have had about 22 total if that would have happened," Siriano revealed to PEOPLE.

Among the looks featured Siriano's creativity on the 90th Oscars red carpet was Whoopi Goldberg's teal floral gown, which she wore with combat boots, much to the designer's delight.

Up To The Challenge

Siriano completed Vonn's dress in just a couple days, but some of the looks took up to three weeks. Metcalf, along with a handful of others, also had several options to choose from.

"It has been wild. The studio is a war zone with fabric all over the place and custom patterns for so many actresses," Siriano admitted.

In the Oscars after-party, more than 10 stars wore Siriano's designs. As for creating looks for so many different styles and personalities, the designer gushed that he tries to capture each woman's essence when envisioning her red carpet look.

"It is hard and challenging ... but that is actually my favorite part. Just working with so many different women and their stylists and they all want to look and feel different," he said.

Siriano is well-known for dressing a variety of ages, skin tones, and body types, working with the likes of Saturday Night Live star Leslie Jones, as well as 75-year-old Holland Taylor, who chose a tailored suit for this year's event. 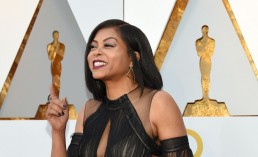 Taraji P. Henson Wanted To Tell Ryan Seacrest To 'Keep His Chin Up,' Not Throw Shade At Him 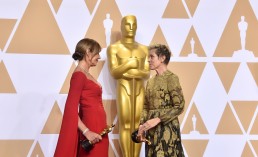 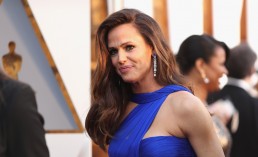