Blake Shelton and Gwen Stefani are among the hottest celebrity couples in the entertainment industry. However, is Blake Shelton dwindling her light?

According to Life & Style's Mary Grace Garis, the six-time winning coach of NBC's hit singing competition, The Voice, is having a negative impact on the singer and fashion icon. Garis called Shelton a '6'5" sack of oatmeal' and even stated that his style might have played a role in slowly draining away the "Hollaback Girl" singer's energy.

Garis was not done with her takedown just yet. The magazine brought some of Shelton's cringe-worthy tweets that might have upset some of his fans in the LGBT community. Over the past few years, Shelton has sent out some questionable messages that might have rubbed fans the wrong way. Allure Magazine and Twitter user The Music Tea found that Shelton has posted tweets that insulted people.

Also, Garis stated that both Stefani and Shelton are an uncanny and "stomach-churning couple." The columnist asked her readers what they would talk about when their publicists and managers do not surround them. Plus, Garis added that the worst part of the "God Gave Me You" singer's influence is the fact that Stefani's style has been slowly degrading. She also argued that Stefani, who had an entire fashion line called L.A.M.B., should be wearing more colorful clothing.

'The Voice' And Vegas

Despite Garis's dramatic takedown of the couple, both Shelton and Stefani have been making moves. Shelton is back at The Voice where he joined Adam Levine, Alicia Keys, and longtime Kelly Clarkson for the third night of the Season 14 Blind Auditions. Before that episode aired, Stefani revealed that she missed being Shelton's "tour girlfriend.'

However, Stefani will have a lot more on her plate. The three-time coach of The Voice is expected to tackle a massive project. The former No Doubt frontwoman will have her own Las Vegas residency show at the Planet Hollywood Resort. Stefani checked out Jennifer Lopez's All I Have residency show on March 4. Both Stefani and Shelton also dressed up as Daphne and Shaggy for Apollo's Scooby-Doo themed birthday party. 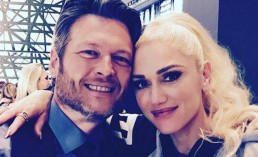 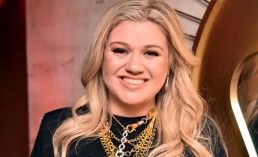 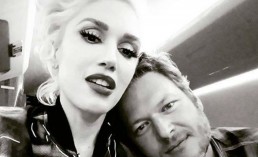 Are Gwen Stefani And Blake Shelton Moving Out Of Los Angeles?