Courtney Stodden is looking to start the next chapter in her life. She has filed for divorce against her husband, Doug Hutchison.

TMZ revealed that the 23-year-old singer and animal rights activist that was once nicknamed "Child Bride" has cut ties from her husband, actor Dou Hutchison. The Celebrity Big Brother UK alum filed for divorce on Tuesday. However, it is uncertain what the divorce demands are or if they signed a prenuptial agreement.

While the duo announced that they were separating on social media in February 2017, there were several attempts to made by both parties to reconcile. Sadly for fans of the couple, there is no turning back. Stodden made national headlines when she married actor Doug Hutchinson at 16-years-old in 2011.

Blame It On The Miscarriage?

According to Page Six, the couple's breakdown could have happened when Stodden was pregnant with the couple's first child. On May 11, 2016, Stodden took several pregnancy tests and found out that she was pregnant and was overwhelmed with excitement. However, more than three months after the reveal, Stodden suffered a miscarriage. It also appears that the miscarriage drove a permanent wedge between the couple.

"I think when a couple faces a difficult trial in life together, whatever that may be, it either tears you apart or brings you together. I think right now we're kind of in the kind of crossroad point where we're trying to figure it out," said Stodden to Page Six.

Without reality TV, we would not be able to learn about Stodden. In 2013, she traveled to the United Kingdom to participate in the British version of Celebrity Big Brother. However, Hutchinson was outraged when he learned through watching the show's live feeds and the show that his wife was flirting with other houseguests. Before she went on Celebrity Big Brother UK, Stodden and Hutchinson were approached to film their own Reality TV show in 2012. 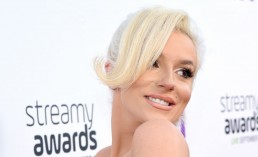 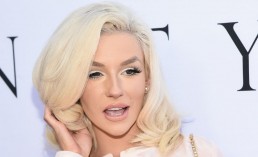 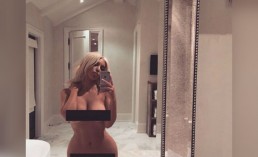