Actor Russell Crowe is getting divorced from his ex-wife, Danielle Spencer. To commemorate this particular event in his life, he decided to auction some personal belongings.

According to Vanity Fair, the Man of Steel actor will indeed put hundreds of items on the auction block for Sotheby's Australia. The company has called the event, which is expected to take place on April 8, "The Art of Divorce." April 8 is a particular date for the Oscar-winning actor as it marks both his 54th birthday and supposedly his and Spencer's 15th wedding anniversary.

"We've been separated over five years now, our divorce should be finalized around the time of the auction. Just as we collaborate on the upbringing of our kids, it's easy for us to work together on something like this. I think she feels the same way I do in regards to just moving on things that help create space for the future," said Crowe to Australian newspaper Daily Telegraph in a conversation transcribed by Vanity Fair.

On The Auction Block

"The Art of Divorce" features a plethora of memorabilia. Movie aficionados would have a field day with some of the cinema-related items that would be auctioned off during the April 8 event. Among the significant items on the auction block are a collection of souvenirs from Crowe's LA Confidential experience, several clothing items that Crowe wore along with a fully functioning replica of the Roman chariot from Gladiator, and items from Cinderella Man.

According to the Huffington Post Australia, the most expensive item in the auction is a violin that was featured in Master and Commander. The violin dates back to 1890, and it is worth almost $2.8 million U.S. dollars. Also, there were other mementos from his other projects such as Les Misérables, Noah, and Robin Hood.

The Crowes are not the only couple going through the divorce drama. On March 7, former 'Child Bride' and reality TV star Courtney Stodden divorced her 57-year-old husband, Doug Hutchinson. The couple was controversially married in 2011.

Meanwhile, actress Tisha Campbell-Martin is preparing to divorce her husband, Duane Martin, after 27 years of marriage. 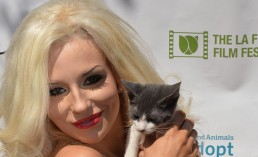 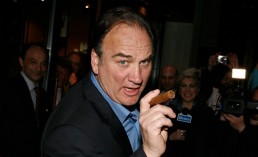 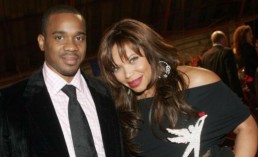