Tori Spelling and Jennie Garth are teaming up to surprise fans of a project based on the iconic and long-running Beverly Hills, 90210­.

Real-life BFFs Spelling and Garth are recently working on a project with CBS, where they would be playing their exaggerated selves. People reported that the still unnamed project would be based on the 90s fan-favorite Fox series Beverly Hills, 90210.

Fans of the teen drama series would also take delight in the news that Spelling and Garth are already meeting up with CBS peops to talk about the dramedy at the CBS Studio Center. The 44-year-old even gave a hint on her Instagram post, so fans would have to take her word that a Beverly Hills, 90210-based project is underway.

It is crystal clear that she was alluding to her Beverly Hills, 90210 days. In the series, Spelling played Donna Martin, while Garth was Kelly Taylor.

While they were a duo for the project, it can be said that it was mirrored in real life. Spelling and Garth have been friends even after Beverly Hills, 90210 had long been gone.

Last year, Spelling celebrated the National Best Friends Day by uploading a throwback photo of her and Garth in her social media. The socialite explained that she and her former costar had been through thick and thin and that they complement each other.

Additionally, in a 2014 interview, Spelling revealed that even their kids started being friends with each other. She went on to narrate her children had a sleepover in Garth's house.

Though it seemed that Spelling was emitting a positive and optimistic vibe, other news seemed to say otherwise. It can be remembered that prior to this good news, the actress had been in headlines.

First, Spelling had a visit from the authorities after an anonymous person phoned in 911 to report a "disturbance." But the night before this incident, the actress herself called the police to report a break-in, only to find out that it was her husband, Dean McDermott, coming home.

McDermott also asked police to check on his wife on Wednesday when she left their house. Moreover, Spelling and the family were spotted at a diner, but authorities had to escort them out after the pair allegedly engaged into a squabble. 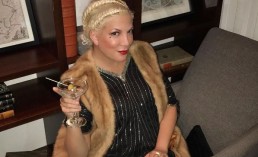 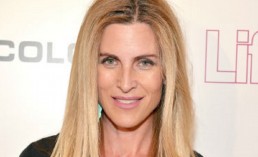