Oscar award recipient Michael Caine rules out possibilities of working with Woody Allen after allegations of sexual assault were made against the director.

Allen, 82, was accused by her adopted daughter, Dylan Farrow, of sexually abusing her when she was a kid. Caine, who starred in Allen's Hannah and Her Sisters, was shocked upon learning the news despite him having a good working relationship with the director.

"I am a patron of the NSPCC [National Society for the Prevention of Cruelty to Children] and have very strong views about pedophilia," Caine said in a newspaper interview.

Although Caine said that he does not regret working with Allen, he vowed not to work with him in the future.

Caine, 84, is known for his advocacy against pedophilia. In an interview in 2010, he said that he would support the death penalty by hanging for people who are guilty of sexually abusing children.

"I'm quite a rabid right-winger about pedophilia. If you want to bring back hanging for them then I'm your man. I'll pull the lever. Don't get me started on that. I hate it," said Caine.

The case made against Allen was filed more than 25 years ago, and the director has since then denied all accusations. The Midnight in Paris filmmaker pointed out that the claims were investigated by Child Sexual Abuse Clinic of the Yale-New Haven and the New York State Child Welfare and both concluded there was no sufficient evidence that molestation had occurred.

The Hollywood is divided with regard to Allen's alleged sexual misconduct. Actors like Greta Gerwig, Colin Firth, and Rebecca Hall, who also appeared in some of Allen's films, said that they will cease to work with him.

Meanwhile, Alec Baldwin and Diane Keaton have supported the director's pledge of innocence.

In 2014, Farrow first went public on her story in an open letter published by the New York Times. She detailed her experiences of being molested at 7 years old by her adoptive father, Allen.

Farrow, now 32, a wife and a mother to a 16-month-old daughter, said that although she loved and respected Allen, it does not take away the hurt and betrayal she felt all these years.

The actress, who appeared in the 1990 movie Alice with Mia Farrow, shared that Allen touched her private parts. Allen claimed that Farrow was coached by her mother because Mia was enraged upon discovering her former husband's affair with her adopted daughter from previous marriage, Soon-Yi.

Allen further said that Farrow is using the trending Time's Up movement to resurface her case that had been discredited years ago. 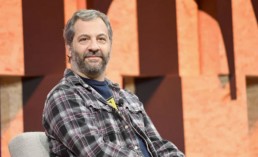 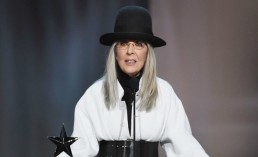 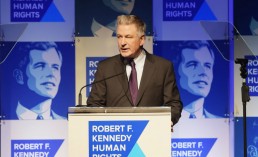