Tomi Lahren is under fire by animal right's advocate PETA after she admitted to kicking her dog five times, although now she is saying that it was all a joke.

TMZ caught up with Lahren at the Los Angeles airport on Wednesday and point black asked her if she did kick her dog Kota for making a ruckus during her Fox & Friends appearance. The Fox News contributor said that anyone with some logic would know that she was only joking.

"What's going on. Everybody's upset," the interviewer asked and Lahren cut him off, saying, "I don't think everyone's upset. I think people are pretty logical when they understand that it was a joke."

Just to make things clear, the interviewer asked again if she did kick Kota. Lahren laughed off the insinuation and said that anyone who knows her knows that she loves her dog more than anything in the world. She called the accusation "ridiculous" and chalked everything to a slow news day.

"It's not right to joke about stuff like that right? You're assuring us that your dog is okay and that you don't like kicking him right," the interviewer further asked while Lahren walked off mouthing, "Don't be ridiculous."

The interview comes after the 25-year-old political commentator told her social media followers that she kicked her dog five times. In an Instagram story shared on Wednesday, Lahren said Kota got a beating for chewing on a bone too loudly while she was on air on Fox & Friends.

"Why don't you tell the world what you were doing during my entire Fox & Friends hit. Oh I know, chewing on her damn bone as loud as she possibly could. So I had to kick her about five times during the show," Lahren said in the video.

Kota did not appear to be hurt or in any physical pain during the filming. She even wagged her tail as Lahren recounted the beating.

"Only a heartless person would kick a dog just for doing what dogs normally do — and a reasonable person would simply have moved out of the way or moved the animal," Bell said in a statement sent to The Wrap, adding that Lahren "needs lessons in basic empathy and logic." 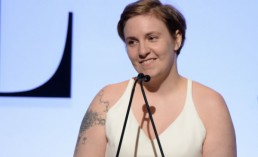 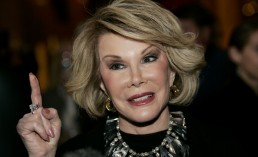 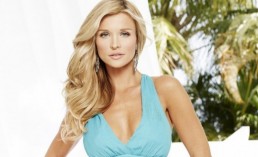