Glaze, 20, talked to Inside Edition, revealing that he is dating his first girlfriend, Carrie, who gave him a first kiss that is much more special.

A good chunk of the American Idol viewers slammed Perry for planting a kiss on the young aspiring singer without his consent during his televised audition for the reality show competition. The backlash for the "Teenage Dream" singer only increased after Glaze revealed to New York Times that he would have said no to the smooch had he been asked.

However, Glaze later clarified his statement saying that it's not that he felt like a victim after the incident.

"It wasn't that she was older; it wasn't the fact that I was creeped out by it, or feeling like I'd been taken advantage of," Glaze explains to Inside Edition after saying that the discomfort came from Perry being a stranger. "It was just unexpected."

While he did stick up for the new host of the show, the contestant did admit that he was hoping for something more special for his first ever smooch.

Fortunately, Glaze has someone very special in his life now, his girlfriend, Carrie. Even better, she was understanding about her new beau's kiss with Perry, pointing out how great it is for him to have been able to share a kiss with a celebrity.

Glaze adds that while Perry was technically his first kiss, he shared his first real one with Carrie.

"If you really sat me down and asked me, I would tell you about how our first kiss was and it was just as special as I wanted it to be," he says.

The American Idol contestant also posted a lengthy caption on Instagram to clear up his thoughts on the controversy, reiterating that his discomfort was due to the unexpected nature of the kiss. Instead, he explains, he wishes he performed his audition song — "Levels" by Nick Jonas — better than he did.

Glaze is currently working as a cashier for an electronics shop in Oklahoma. 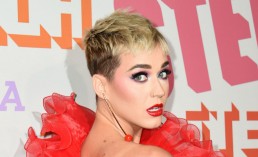 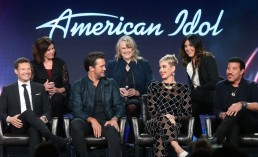