Meghan Markle and Prince Harry might be the typical average couple who enjoys some downtime. It includes some Netflix and relaxing moments at Nottingham Cottage, according to a book claiming that they enjoy watching The Crown.

In her new book Harry: Life, Loss, and Love, royal expert Katie Nicholl paints a portrait of Prince Harry and Markle as an average couple who enjoys watching TV shows and nigh-time strolls on the street. In a recount of their love story, Nicholl gives fans a look at the couple's relationship, including their down-to-earth lifestyle.

According to the book, Prince Harry and Markle love to eat at home at Nottingham Cottage in Kensington Palace, where the former Suits star often cooks her fiancé delicious meals. After meals, they would chill in front of the television, watching shows and one of them is Netflix's The Crown.

"An accomplished cook, Meghan loved to make extravagant dinners for Harry, and they enjoyed staying in and eating her delicious homemade meals and watching films and TV shows like The Crown on Netflix," reads one of the revelations from Harry: Life, Loss, and Love.

Perhaps no one would be delighted to hear that the couple loves to watch The Crown than the prince's paternal grandmother Queen Elizabeth II. After all, the series tells her life story.

It gives fans of the British royal family a look into the queen's life from childhood and through the time of her succession as the British monarch. Watching the show takes an entirely new meaning for Markle since she officially becomes a member of the royal family after she weds Prince Harry.

Aside from their preference to stay in and watch The Crown, Nicholl also reveals what date night is like for Prince Harry and Markle. She recalled the couple's Christmas tree hunting early in December 2016 when bystanders were in awe at how relaxed and comfortable they look together while looking at trees at Pines and Needles, a pop-up stall in South London.

Store clerks said Prince Harry and Markle left holding hands and they were "making each other laugh." They noted that they were "just like any other couple" out on a date at night.

"They were completely charming together and unaware that our jaws had hit the floor," store owner Sam Lyle said.

Prince Harry and Markle are set to wed on May 19 at St. George's Chapel in Windsor Castle. Meanwhile, Nicholl's Harry: Life, Loss, and Love will be out on Tuesday, March 20. 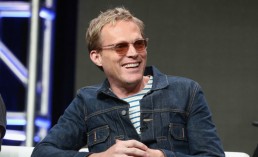 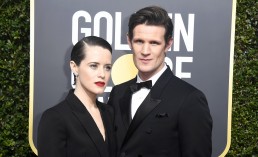 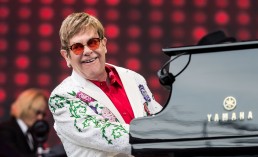 Elton John Could Be A Confirmed Guest To Prince Harry, Meghan Markle's Wedding