If fans ask Kenya Moore, she got her Bravo The Real Housewives of Atlanta co-stars together when the ladies taped the highly anticipated reunion. Meanwhile, rumors swirl that Moore is pregnant.

Will Kenya Moore Be A Mommy This Year?

Moore will welcome her first child this year, according to reports. This news, along with Daly’s change of heart to be on the show, could have saved Moore's, who was reportedly at risk of being fired, slot on The Real Housewives of Atlanta.

She certainly made up for her lack of drama when the cast reunited to film the reunion. She let fans in on a piece of the drama via Instagram when she posted story that reads, “Got these girls shook, gathered, my job is done.”

It’s not clear what she clapped back at her co-stars about, but much of the drama involving Moore this season was whether she is really married. She made headlines after she had a secret wedding last summer and many of the women thought she was faking her marriage for the show.

One of the women she reportedly got into a screaming match with was Marlo Hampton. Hampton was the ringleader among the co-stars who suggested Moore’s marriage to Marc Daly wasn’t real this season.

Moore in turn responded that Hampton has her own drama to worry about. Moore revealed that Hampton made attempts to blackmail her friend and co-star, NeNe Lekaes. Apparently, Hampton got Leakes’ former boyfriend, John Kolaj, drunk a few years ago. Fans might remember Leakes and Kolaj dated briefly during her short divorce from her husband, Gregg Leakes.

Hampton took Kolaj's phone when he was drunk and grabbed screenshots of conversations between Kolaj and NeNe. Word is Hampton threatened NeNe that she would show the messages to Gregg, who remarried NeNe shortly after their divorce was finalized. Interestingly enough, Hampton and Leakes are the best of friends now.

Still, while this is a situation that brought up lots of old drama, the real explosion was said to be between NeNe and Kim Zolciak Biermann. NeNe and Moore allegedly double teamed Zolciak after Zolciak and NeNe’s friendship came to a head this season. Zolciak's daughter, Brielle Biermann, took video of bugs in NeNe's home and shared it on social media.

That was just the beginning of their intense drama.  The argument at the reunion escalated after Zolciak made a point not to acknowledge Moore, so Moore stood up and sat closer to Zolciak so Zolciak couldn’t ignore her. Zolciak ended up reaching her breaking point and stormed off the set. 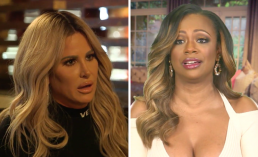 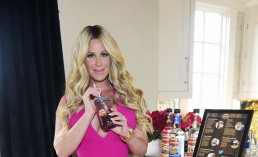 Kim Zolciak-Biermann To Alleged Car Burglar: 'We Got Your Ass On Camera' 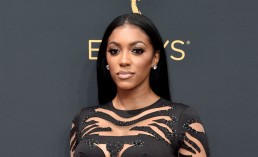 Finally! Porsha Williams And NeNe Leakes Have Us Tearing Up After Their Emotional Moment On 'RHOA'