Kylie Jenner and Khloe Kardashian weren't the only ones in the Kardashian-Jenner clan to unveil something major within the last few months. Their brother, Rob Kardashian, did as well.

On Saturday, March 17, the former Rob & Chyna star shocked fans when he appeared on his sister Kim Kardashian's Snapchat looking fit and trim. The 31-year-old joined his family as they celebrated his birthday on St. Patrick's Day at his mother Kris Jenner's house.

As Kardashian fans know, the father of one struggled with his weight for years, but seems to have finally managed to shed the pounds.

According to Hollywood Life, Kardashian's little sister, Kylie Jenner, is behind his tremendous weight loss. The media outlet claims that the sock designer has been hitting the gym with Jenner as she works on getting her body back after giving birth to her daughter, Stormi Webster, on Feb. 1.

A source close to the Kardashian-Jenner clan stated that becoming a dad has also helped him remain active, but he also been disciplined with his eating.

"Rob is staying disciplined and sticking with a strict nutritional program that he's been put on to get his weight down as well, and it makes it easier for him since Dream keeps him pretty active," the source explained.

The source further stated that since Jenner was reclusive during her pregnancy, it helped her and Kardashian bond. Throughout the years, the Dancing With the Stars alum has decided to remain out of the public eye, until as of late when he has been making his way back into the limelight.

According to People, the first-time dad has been focusing on moving past his relationship with his ex-fiancée and mother to Dream, Blac Chyna. Kardashian and Chyna announced their engagement after three months of dating in May 2016. Then, just a few months later, news broke that the former couple was expecting their first child together.

However, in July 2017, Kardashian made headlines when he accused the former stripper of infidelity and took to social media to post explicit pictures of her.

The two have since been involved in a nasty custody battle but seemed to have managed to work things out and co-parent accordingly.

Chyna also shocked fans when she took to her Instagram stories to wish Kardashian a Happy Birthday. The cosmetics mogul posted a photo of herself along with the Keeping Up With the Kardashians star as well as their daughter Dream.

"Happy Birthday Rob from Dreamy and Chy," the 29-year-old labeled the now-deleted photo. 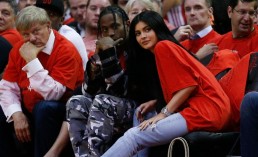 Kylie Jenner And Travis Scott Do Not Have Plans To ‘Elope’, Despite Reports 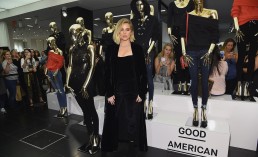 Khloé Kardashian To Stay In Cleveland Until Baby Is Born 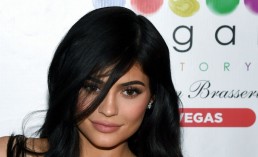