Millie Bobby Brown may have won big at the 2018 Kids' Choice Awards, but she won everyone's hearts when she delivered her moving speech.

Brown bagged the Favorite TV Actress Award, and surely, she did not miss to let the kids present there know that her thoughts are also with the March For Our Lives, which coincided with the Nickelodeon event on that day. She won the award for her role Eleven in the hit sci-fi thriller Netflix series Stranger Things.

She took centerstage to deliver such a powerful speech to a crowd of mostly kids, dedicating it to the Parkland victims. Brown cited that opportunity to be a voice that could make a difference.

"There's an amazing support, love and kindness in this room right now. And I want to encourage everyone to embrace it, and to pass it on. For the angels among us, your spirit lives on. This is for you," Brown said.

Indeed, Brown's acceptance speech just proves that nobody is ever too young to be aware and concerned about what's happening. Yes, the 2018 Kids' Choice Awards has a celebratory atmosphere as always, but that doesn't mean it could not be an avenue to spread awareness.

Not only that, to show her solidarity, Brown's top during the 2018 Kids' Choice Awards had the 17 names of the victims from the Marjory Stoneman Douglas High School students printed at the back of it. In front, her denim shirt had the words "NEVER AGAIN." The 14-year-old actress's all-denim outfit was made by Calvin Klein.

Moreover, Brown's support for the March For Our Lives demonstration is evident in her Instagram account. She promoted the rally and encouraged everyone to join in the important event that aims to put a halt to gun violence.

"No child, teen, parent or teacher should be afraid to walk into their school or classroom. This is our chance to be HEARD," Brown wrote.

She further reiterates that the march could greatly have a massive effect. As a closing note, Brown expressed her support for those joining the march.

March For Our Lives

The March For Our Lives demonstrations were organized by the surviving students of the Parkland, Florida, high school who witnessed the gruesome and mercilessly killings of their class/schoolmates. The shooter was Nikolas Cruz, a 19-year-old former student of the school, who opened fire in the hallways.

After the incident, many celebrities issued louder calls for gun control, with some lambasting the administration. A lot of them also expressed support for the march, donating monetary funds for the cause. 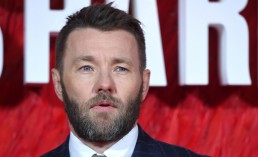 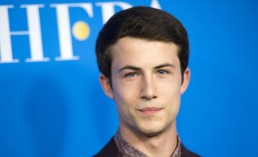