Carrie Underwood has taken drastic measures to overcome the concern about her face injury. The singer bruised her face after a nasty fall in November.

Fans have not seen Underwood out in public since the accident as she is said to be working on making a full recovery.

“Carrie has been going to the best dermatologists in Beverly Hills seeking treatments to reduce the horrible scar on her face,” an insider said Tuesday.

The insider added that her injuries go beyond the surface of her skin as Underwood fights to stay positive while she recovers.

“She is battling her nerves and insecurities about how her face looks by seeing a team of doctors and the work they have been doing has helped alleviate her anxiety,” said the source.

Underwood has also embraced a new makeup routine in hopes of covering up her facial injuries until they fully heal. Word is that her team has given her a good contour so that she’ll be confident when she reintroduces herself to the public.

Mike Fisher Is Still By Her Side

Fortunately for Underwood, she has a strong support system while she builds the self-assurance to step back into the spotlight. Her husband Mike Fisher has been there for Underwood since the accident.

“He’s been loving and supporting her through the injury, and has even been making her laugh about it,” said a source.

While the couple faced speculation that they were heading for divorce amid Underwood’s recovery, it’s safe to say they are still going strong.

What Carrie Has Said About Her Injuries

Underwood spoke about her injury on Twitter. She let her fans know that she would be just fine over time. She commended her husband for his support as she called him “the best hubby in the world.”

It was first announced that Underwood only broke her wrist in the fall that occurred outside of her home. However, she later explained that she suffered harsh injuries on her face as well.

She said in a letter to her fan club that she wasn’t initially ready to speak on what really happened. She revealed she had to go through surgery on the same night of the accident, adding that she was told she had nearly 40 stitches when she woke up from the operation.

She added that while she’s not sure what the future holds for her appearance, she’s grateful because things could have been worse. She prepared fans that when she's back in the spotlight, there's a chance she will not look the same. 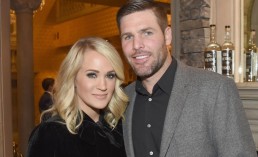 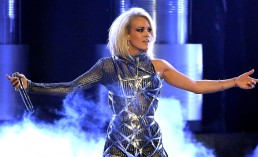 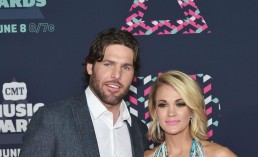