Chris Pratt has a new ladylove in his life, although it is not what fans may think. The actor has fallen in love with a new farm animal.

Pratt brought a cow to his farm, located on the San Juan Islands off the coast of Washington State. He gushed about the animal in an Instagram post he shared on Wednesday. He said it was "love at first sight" when he saw the cow from Texas.

"This good lookin lady is from the great state of Texas. She's adjusting quite well to life on the farm. Welcome home Baby Girl!" Pratt captioned an image of the animal standing on a green field surrounded by trees. He added the hashtags #farmlife and #texasgirl.

The post has since received 489,107 likes as of this writing. Fans commented in agreement that the cow is indeed beautiful.

"She's a big girl! Especially those antler's! Wheww...," one user wrote, while another said," Love those cattle, she is gorgeous."

Meanwhile, some joked that Pratt brought the cow probably to fatten it up and eat it later on.

"You gunna eat her too," one fan quipped while another wrote," Now we need to get him some chili and Charl."

Apparently, the Guardians of the Galaxy star has been spending the past days at his farm. He has been cleaning up the property as evidenced in a previous Instagram post. Pratt took comfort at the sight of burning leaves and some wooden planks.

"Something satisfying about a burn pile," the actor captioned the shot.

Pratt has been enjoying some quiet time at his farm. If he is not lounging under a big tree, he is either fishing or cuddling his other farm animals. Aside from cows, he also shared photos of a ram named Prince Rupert, and a mother sheep with her two babies. Most recently, Pratt shared a snap of 5-year-old son Jack wearing oversize boots.

"'I've been watching you Dad. Ain't that cool? I'm your buckaroo. I wanna be like you and eat all my food and grow up tall as you are," Pratt captioned the photo.

The Jurassic Park star has been cooped up at the farm following his divorce from Anna Faris. A source revealed that they are still on friendly terms and still laugh and joke together.

"They both went on school tours as a family and you'd never know that Anna and Chris were not together. They seemed like a happy couple and a happy family with Jack," the source tells ET.

Pratt and Farris announced their split in August 2017 in a joint statement posted on social media. They remain friends and agree to co-parent Jack. 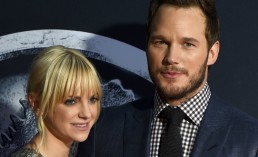 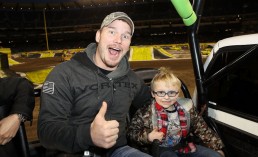 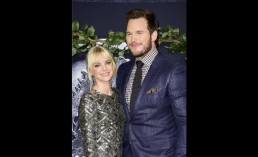