Is Justin Theroux already moving on with his life? It could appear so! One month after the shocking news that Theroux was splitting from his wife, Jennifer Aniston, the actor was recently spotted with a former co-star in New York City.

Theroux was reportedly seen with former Parks and Recreation cast-mate, Aubrey Plaza, entering his NYC apartment complex together. The former co-stars were strolling around his neighborhood while Theroux had his bike in his hands.

Theroux guest-starred on the NBC show for four episodes as Justin Anderson, the love interest of Amy Poehler's character, Leslie Knope. Plaza portrayed April Ludgate for seven seasons. The actress was reportedly dating director Jeff Baena, however the two hadn't been seen together in public for about a year.

Justin's Trying To Move On

Sources close to the actor have stated that Theroux has been trying to maintain a low-profile since he and his estranged wife have announced their split.

"Now, he's apparently just enjoying the single life in New York and sticking to a pretty basic routine. He's just doing his thing. He eats at the same time, goes to the same places, hangs with the same people," a source stated.

Theroux was also reportedly linked to artist Petra Collins but never confirmed if they were indeed dating.

In the meantime, Aniston has also been "keeping" herself busy following the split by spending time with friends and focusing on her career. The actress was rumored to be getting back together with ex-husband Brad Pitt, who ironically is also separated, but these rumors were not confirmed either.

On Feb. 15, after several outlets had reported that the two were living apart for some time, the former couple announced their separation.

"In an effort to reduce any further speculation, we have decided to announce our separation. This decision was mutual and lovingly made at the end of last year. We are two best friends who have decided to part ways as a couple, but look forward to continuing our cherished friendship," the former pair said in a joint statement.

Prior to his marriage to Aniston, Theroux was in a relationship with stylist Heidi Bivens for 14 years. On the other hand, Aniston previously dated Vince Vaughn and John Mayer before she began dating Theroux. 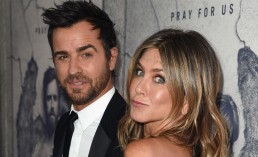 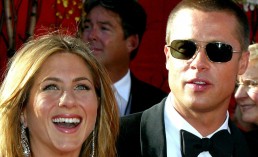 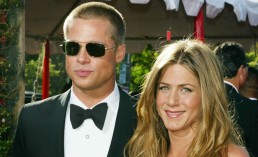