Debbie Lee Carrington, best known for her role in Star Wars and Total Recall, has passed away on March 23 at 58 for a still unspecified reason.

Carrington was reported to have died at the house of her parents in Pleasanton, California. Details of her death have not been disclosed, but her sister, Kathy Ellis, told that the deceased had been struggling with a health issue in the past year.

In her stints in the industry, she was a stuntwoman in Men in Black. In her Total Recall appearance, she played the feisty prostitute, aptly named Thumbelina, who can be remembered for stabbing one villain. As with her size, she was usually tapped to play as double for kids in films, including Child's Play and Titanic.

"She could do anything. She was a great body actor, like a mime," her Star Wars coworker Kirk Thatcher said of her.

Carrington also ventured into costumed roles during her time in Hollywood. She was Ewok in 1983's Return of the Jedi, which probably have helped her launch her own career.

Carrington was born to an insurance manager, Fred, and a teacher, Marlene Langen, on Dec. 14, 1959. Her childhood consisted of visits to the hospital because of her dwarfism, though it did not hinder her to continue studying until college, where her condition inspired her to take early childhood development at the University of California, Davis.

During her college years, her acting career started when she saw a casting call in the Little People of America newsletter. That was when she landed a role in Chevy Chase-helmed Under the Rainbow, which talked about the people who auditioned as Munchkins for the film The Wizards of Oz.

This sidelined her college, though she later returned to finish her degree. On her journey in the industry, Carrington had become vocal of the undermining of little people. She would face coworkers who make jokes of her height, and later on went to land roles that didn't require costumes.

"She was about everything you'd dream of in an actress," Total Recall corworker Gregg Sargeant said.

Of late, she played in Netflix's Grace and Frankie as Tina Marie. She was also the elf in The Polar Express.

Apart from the industry, she had become a staunch advocate of animal rights, proven with the time she worked with the Society for the Prevention of Cruelty to Animals. 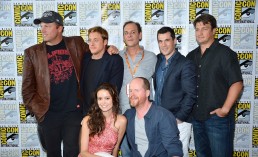 Did A 'Ready Player One' TV Commercial Reveal The Movie's 'Firefly' Cameo? 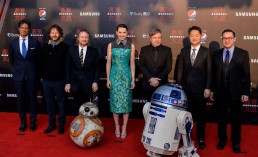 Star Wars: The Last Jedi Gets The Honest Trailer Treatment 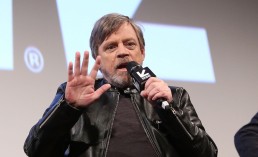