The social media teams of big companies embrace the chance to have a little fun online on April Fools' Day.

One has to be careful with viral news on this particular day because even official company accounts tend to leak "fake news" every time April 1 rolls around.

Here are the big winners of the pranksters' day online.

Lego posted a poster of VacuSort on their Facebook page, a new product they dubbed as a "revolutionary sorting vacuum." The contraption is supposed to sort everyone's favorite toy by color, by brick, and even separates dust.

Sounds unlikely? That's because it's not true. Still, other Facebook users were excited at the prospect and expressed their desire for a device that can make the near-impossible task of sorting Lego bricks easier.

"I don't care if it's April's Fools day today," one comment reads. "I need this in my life. Surely Dyson and Lego together could work it out."

Burgers are good. Chocolates are even better. So Burger King figures why not combine both in a Chocolate Whopper? The famed burger joint took their April Fools' joke a step further with a 30-second video ad for the Chocolate Whopper posted on their Twitter page, so their followers are not sure if it's real or not. The burger will be made of a chocolate cake bun, flame-grilled chocolate patty, raspberry syrup, white chocolate rings, candied blood oranges, milk chocolate leaves, and vanilla frosting. It looks just like any other burger, except it looks unappetizing.

New Netflix business deals crop up all the time, so one can be forgiven for thinking this is quite legit.

"After a wrap party in late 2017, Seth approached me and said something like 'Jesus Fucking Christ Jarbear, I would sell my soul for a fuckin enchilada right now,'" Jareth Chumley, senior Netflix Development Executive, says. "And so basically that was how the idea was born. In the end we settled on a price a little higher than a standard Chili's To-Go entree, but I'll be damned, not by that much."

Some of the things that the company are considering for the Freaks and Geeks star include a live-action Shrek remake starring Rogen as both Shrek and Fiona, and off-camera tasks as "executive foot massager" and "Quentin's back waxer."

It's easy to dismiss the entire press release as an April Fools' prank, but the actor's Seth Rogen's Hilarity for Charity project with Netflix is actually real. The show streams on Netflix on April 6. 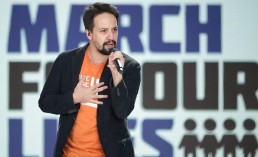 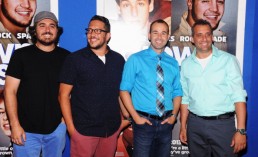 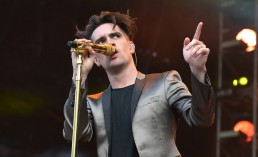