Khloe Kardashian will not be following in the footsteps of her older sister, Kourtney Kardashian, who gave birth to her kids on Keeping Up With the Kardashians.

According to a new report, the longtime reality star and her boyfriend, Cleveland Cavaliers player Tristan Thompson, will welcome their first child together any day now, and as they await the birth, Kardashian has reportedly put her foot down when it comes to filming with the E! Network.

“She’s the most down to earth of all the Kardashians and she wants a normal birth with no entourage, no cameras, no outrageous requests,” a source told Radar Online on April 2. “She just needs a small room to herself, clean and neat.”

Kardashian confirmed she and Thompson were expecting their first child at the end of last year after tons of speculation into the possibility. As fans will recall, Kardashian chose to make the announcement with a baby bump photo for her fans and followers on her Instagram page.

Radar Online revealed that while Kardashian's older sisters, Kourtney and Kim Kardashian, made major demands for their children's births -- including 1,000 thread count sheets, special lighting, full hair and makeup, and even catered meals -- she is not quite as high-maintenance.

“That means her family should stay at home, which they’re fighting her on of course. They’re a little put out but she insists she just needs her baby daddy and her doctor in the room with her,” the insider said.

While Kardashian has not confirmed any solid plans for a future move, Radar Online said that the longtime reality star would like to raise her family in Cleveland, far away from the nosy paparazzi of Los Angeles. As the insider explained, the mom-to-be wants her child to have a normal life, not one in which the child is followed by photographers everywhere and is constantly photographed by fans.

The insider also suggested Kardashian could part ways with Keeping Up With the Kardashians all together. Prior to her child's arrival, Kardashian was reportedly feeling as though she should distance herself from the cameras and focus on her family. As for Thompson, he has let his girlfriend know that she definitely does not need to continue to appear on the show.

© 2021 ENSTARS, All rights reserved. Do not reproduce without permission.
TAGSKhloe Kardashian tristan thompson Keeping Up With The Kardashians
SEE COMMENT
CLOSE COMMENT 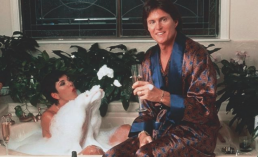 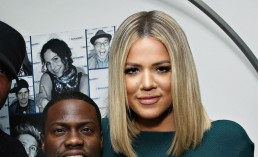 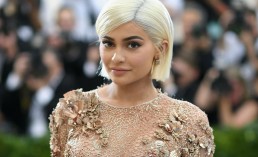