Marvel fans are calling for justice for an original Avenger, the oft-forgotten Hawkeye, who has yet to appear in any Avengers: Infinity War promo.

As one of the first six Avengers who have been part of the team from the very beginning, Jeremy Renner's character's absence from all of the Infinity War promotional materials — posters, trailers, magazine covers — have earned the fans' ire. It has prompted the creation of memes and fan-made posters with Hawkeye, also known as Clint Barton, at the front and center.

For April Fools' Day, Reddit takes the call for Hawkeye to the next level.

The Marvel Studios subreddit make their clamoring for Hawkeye official, launching a petition titled "#JusticeForHawkeye - Include Hawkeye in Avengers Infinity War Trailers and Marketing." The petition is addressed to Marvel, Disney, Marvel Studios president, Kevin Feige, and "the so-called Russo Bros." who direct the next two Avengers films.

It's partly a joke for the April Fools' Day, but there's no denying fans are truly looking for their favorite archer.

Besides, they point out, they're not asking for much. In the petition, their requests are simple, saying that one of the original Avengers deserves at least "one single out of focus blurry frame in a trailer or TV spot" or maybe "a movie trailer where Hawkeye receives a minimum of 2.5 lines."

Of course, the people behind the superhero's exclusion could have a very good reason for neglecting him.

Some theorize that the directors, the Russo brothers, are keeping Hawkeye's new identity under wraps. In the comic books, Barton dons a new and darker guise known as Ronin, which a few fans believe will emerge at one point in the next two movies. As his new costume could expose the big reveal, it's possible that the Marvel team is keeping the character hidden away to avoid spoiling the fun.

Others believe his character's exposure in Infinity War is small, but the character could play a pivotal role in the still untitled fourth Avengers film.

There's one other explanation that no one wants to acknowledge: an early death. The Russo brothers have warned fans that there are fatalities in Infinity War and Hawkeye falling early in the film is an unwelcome yet real possibility.

Or he could be well and truly retired in his farm with his wife and children, as shown in Marvel Comics' Avengers: Infinity War Prelude #1, according to ComicBook.com.

For what it's worth, the Russo brothers have shown Hawkeye love, posting fan-art of the archer on their Facebook page.

"Hawkeye's on his own journey in this movie," Joe Russo says in an interview with Screen Rant.
"He has a unique reaction to the Civil War situation that puts him in a special spot in this film," his brother Anthony adds.

It's not exactly the most convincing reassurance, but at least the film's release is only weeks away and fans will soon find out what Hawkeye has been up to all this time. 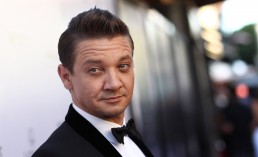 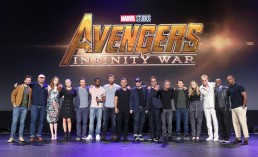