It's A Baby Girl

Harley gave birth to a beautiful baby girl on Tuesday, April 3. It is Ronnie's first child and baby no. 2 for Harley who already has 11-year-old son Mason from her previous relationship.

Speculations had it that the baby was coming after the Ronnie skipped the London premiere of the reunion series Jersey Shore: Family Vacation on Thursday, April 5.

"Just in case you guys didn't know, I'm in f-ing labor," the new mom said on her Instagram story, which she filmed from her hospital bed on Monday.

She added saying that it was 2 p.m. and the hospital staff was just about to give her an epidural to ease the pain.

"Ron lands at 7, so we have five [hours]," she said in a separate clip. "I'm feeling really uncomfortable about pushing a baby out of my vagina right now."

The Bronx native, who lives in Las Vegas, announced in December that he and his girlfriend were expecting and have since documented their pregnancy on social media.

The couple also threw a baby shower to celebrate the arrival of the little bundle of joy in Las Vegas last month.

"Ronnie and I had the most amazing baby shower," Harley captioned a series of photos on Instagram. "We are so thankful to have such good friends and family to come support us and fly in from all over the country!"

Ronnie and I had the most amazing baby shower yesterday , we are so thankful to have such good friends and family to come support us and fly in from all over the country ! Special thanks to @jennamarie018 my BFF for planning this for4 months @ally.kluth for helping her , @chas_face For bringing @smileboxlv That was so much fun we have the most amazing pics! , we also want to thank @backdropinabox for the amazing paper flower back drop! Love u all!!  A post shared by  J (@tater_tot_kitty) on Mar 4, 2018 at 10:59am PST

At the premiere of the Jersey Shore reunion series in Los Angeles last month, Ronnie told the people that although he was really excited about becoming a father, he always wanted a son.

The 32-year-old said that when he found out they were having a baby girl, he was really disappointed. He pointed out that he had done so many seasons of Jersey Shore, he knows what girls are like. He wasn't particularly happy about his experience with the opposite gender on the show.

However, he added that he is still pretty excited. He noted that he has several younger sisters and his daughter is going to bring out his soft side. 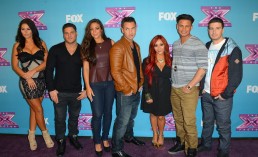 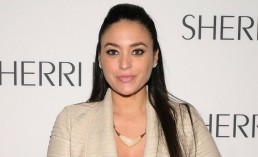