While Kristin Cavallari is making her way back to television, she’s not the same Cavallari who starred in The Hills in the mid-2000s. Cavallari inked her own reality show earlier this year.

Kristin Is All Grown Up

Cavallari, who got her start on the small screen after starring in Laguna Beach prior to The Hills, is set to return to television with a new unscripted show, Very Cavallari, on E! The series will follow the star and her new life in Nashville. She relocated to the city with her husband, NFL star Jay Cutler. The couple also has three children: Camden, 5; Jaxon, 3; and Saylor, 2.

Unlike her roles on MTV, Cavallari won’t be a mean girl wrapped up in a love triangle, although it seems the cast still has lots of drama. Instead, fans will now see her life as a wife, mom, and businesswoman as she prepares to unveil her newest brand, Uncommon James.

The supporting cast will include Cavallari’s team, or -- as Cavallari calls them -- her "minions": Shannon, who is the social media director, Brittainy, who works as the store manager, and Regan, the office assistant.

Cavallari also made it clear that fans will see the true corporate side of her as she’s very hands-on with her business.

“I am involved in every facet of the company, from measuring out the actual jewelry to overseeing all of the shipments to creating the line sheet,” said Cavallari. “Everything is in my vision.”

This would be different from how viewers saw her on The Hills, which ended up being blasted for its fabricated storylines.

What's Different For Kristin This Time Around

Cavallari’s decision to step back in front of the camera has given fans a nostalgic vibe. They were first introduced to Cavallari on Laguna Beach, an MTV reality show about high schoolers in California. While the show ended, The Hills was created as a spinoff. It originally followed the life of Lauren Conrad, who is also living a new life these days, as she tried to make her mark in fashion with an internship at Teen Vogue. Cavallari later became the face of the show for its final season after Conrad left.

Considering that Cavallari is older, married, and a mother, it’s safe to say she won’t be the same teenage girl fans knew more than 10 years ago.

“We will see Kristin push herself as a boss of a new and expanding brand while combating the pressure to succeed,” read a statement about the show. “She will be challenged with jugging her staff of strong-willed employees, making time for her husband, newly retired football player, Jay Cutler, and remaining an active mom to her three kids.”

A premiere date for Very Cavallari has not yet be released. 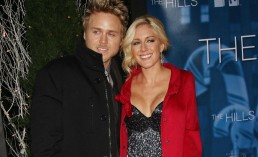 Heidi Montag And Spencer Pratt Pulled Out Of 'The Hills' Reunion? 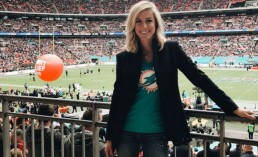 Get All The Details On Kristin Cavallari's New E! Reality Show 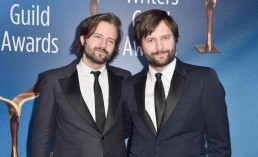