Kim Kardashian can now relate to those moms that struggle to get a good family photo with their children. On Wednesday, April 4, the KKW Beauty founder took to Instagram to share the first-ever photo of her family of five.

The West's Show Out For Family Photo

In the shot, Kardashian and her rapper husband, Kanye West pose on a lawn with their three children, 4-year-old, North West, 2-year-old, Saint West and 2-month old, Chicago West.

I don’t think you really understand how hard it is to take a good family pic. This was all we got before all three kids started crying. I think I cried too A post shared by  Kim Kardashian West (@kimkardashian) on Apr 4, 2018 at 4:08pm PDT

Along with the photo, the 37-year-old E! reality star got candid about how she struggled to get the children to keep still for the snap.

"I don't think you really understand how hard it is to take a good family pic. This was all we got before all three kids started crying. I think I cried too," the makeup mogul captioned the photo.

Kardashian further discussed the details on Twitter and revealed that Saint actually gave the most trouble and kept running away when they tried to capture the moment.

One hand holding the baby and the other hand grabbing the back of Saints shirt because he kept running away lol — Kim Kardashian West (@KimKardashian) April 4, 2018

The Kardashian Go All Out For Easter

The new photo was reportedly taken as the family celebrated Easter alongside the rest of the Kardashian-Jenner clan on Sunday, April 1. Kardashian's youngest child, Chicago got to spend the holiday with her cousins, Mason, Penelope, and Reign Disick, who are Kourtney Kardashian's children that she shares with her ex-boyfriend, Scott Disick. As well as Kylie Jenner and Travis Scott's 2-month old daughter, Stormi Webster.

As usual the clan went all out for the holiday as they celebrated with an egg hunt for the kids, which included golden eggs that were filled with dollar bills, farm animals that was complete with baby chicks, lambs, and bunnies and an impressive food selection. 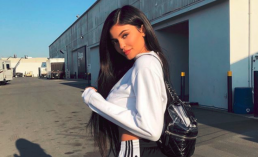 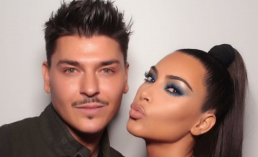 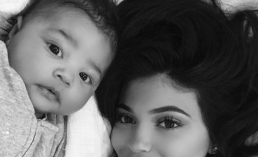