The Teen Mom OG finale on MTV was certainly an explosive one. Ryan Edwards ended the season telling Mackenzie Standifer he wanted a separation.

Ryan, Mackenzie, and Maci's Drama Comes To A Head

The drama that had been building up all season was exposed in the finale. For starters, Maci Bookout discovered that Ryan, who is her ex and the father of her son Bentley, had another baby on the way with wife Standifer. It was Bentley who revealed the news to Bookout amid her and Edwards' legal issues. The pregnancy news went public last month.

Bookout side-eyed the entire situation and said she hopes the new baby will help Edwards improve in the fatherhood category. Still, she made it clear she doesn’t believe that he’s entirely sober, considering he refused to take a drug test. She implied that people have told her Ryan isn’t completely clean.

Interestingly enough, that was only the beginning of the drama for Edwards. In the finale, he made it clear he wasn’t here for fathering another child. From the moment they heard the unborn child’s heartbeat to when he fell asleep in the car as they headed home, he was less than excited about the new addition. It didn’t take long for him to drop the news on Standifer.

“I think we just need to separate for nine months,” revealed Edwards.

Catelynn and Tyler Have Issues Of Their Own

Also in the episode, Catelynn Lowell made her way back home after being treated for anxiety for six weeks. She told her husband Tyler Baltierra that she wanted to go back to treatment after she revealed she was still struggling. She mentioned that she didn’t want to tell him about her desire to go back to treatment initially because she was scared he would want them to break up.

Baltierra made it clear to Lowell that he wouldn’t leave her. While he said she could attempt a treatment center that would allow her to come home at the end of the day, Lowell insisted on going back to the 24-hour care center. Even though he reassured Lowell he’d be there for her, he ended up telling his sister he was upset Lowell was determined to return to the facility.

He also explained that he didn’t agree with Lowell when she said their daughter will “manage” just fine when she’s in treatment.

Viewers can see how things panned out with the cast when the Teen Mom OG reunion airs on MTV Monday at 9 p.m. ET. 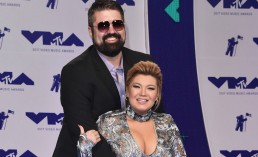 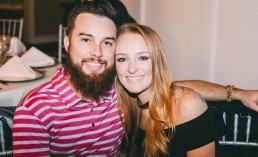 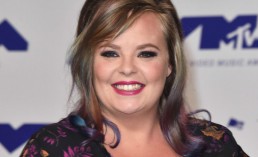