The #MeToo movement against sexual harassment in Hollywood continues. Rapper Eve revealed Janet Jackson saved her after she was drugged at a star-studded party.

Eve recalled the moment on the daytime talk show The Talk Tuesday, April 10, when she and her co-hosts discussed date rape drugs. Eve spoke on her own experience and said she became a victim of date rape drug at an awards show after-party a few years ago.

She said she was friends with a majority of the people in the venue, so she didn’t think twice about leaving her drink sitting around unattended. She revealed she started to feel strange roughly an hour later and knew that it was more than her simply being intoxicated.

“I started feeling crazy and drunk and I knew immediately something was different. It was weird because I was there, but I wasn’t there,” said Eve. “Whoever I was with, I tapped them on the shoulder and said, ‘Something is wrong,’ and they were like, ‘No, you’re just drunk,’ and I started crying hysterically.”

She said someone took her to a private room to calm her down. Instead, Eve tried to convince the people she was with that something wasn’t right. That’s when Jackson came in. Eve said she heard a calm voice try and soothe her and tell her she’d be alright.

“I’m, like, snot crying, and I turn around and it’s Janet Jackson,” said Eve. “I was so embarrassed, and I was like, ‘I didn’t want to meet you like this.’”

She said Janet reassured her that she was okay and told Eve not to stress about it.

Eve is the latest addition to The Talk, after joining the show this season. She replaced original co-host Aisha Tyler in November after rumors claimed she would be co-hosting The Real. The story about Jackson is just one that Eve has shared on the show as viewers get to know her outside of being a rapper and actress.

“Most people, I never really let in on how vulnerable I can be,” said Eve recently. “…How goofy I can be – like, those intimate moments – and being on The Talk has opened me up and I’ve had to be comfortable with my vulnerabilities.”

She added that her spot on the show has helped over overcome her fear of talking in front a group of people as she gets used to her new gig. 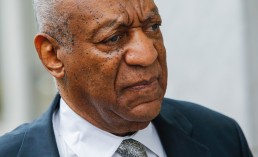 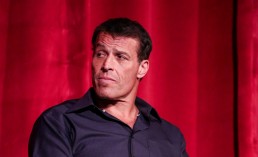 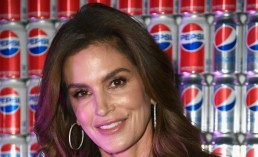