Singer-actress Jamie Lynn Spears is officially a mother of two as she welcomes a new baby girl to her expanding family.

Welcome To The World, Ivey Joan

People Magazine revealed that the "Big Bad World" singer gave birth to her second daughter, Ivey Joan Watson. The baby was born at 10:02 a.m. on Wednesday, April 11, and is the first biological child of the All That alumni and her husband, Jamie Watson. The adorable baby girl weighs 7 pounds and 8 ounces and measures 19-1/2-inches.

Spears told the entertainment news outlet the sentimental meaning behind her daughter's middle name. The singer revealed that Ivey's middle name, Joan, honors one of Spears' beloved relatives, her late Aunt Sandra. Spears' Aunt Sandra, whose middle name was Joan, passed away from a battle with ovarian cancer.

Spears and Watson are not the only celebrity parents to welcome new additions to their family. Khloe Kardashian just gave birth to her very first child, a baby girl, with boyfriend Tristan Thompson. Khloe's older sisters, Kourtney and Kim, along with their mother, Kris Jenner, reportedly were all in the delivery room to welcome the latest member of the Kardashian Family.

The wife of Late Night with Seth Meyers host Seth Meyers, Alexi Ashe, welcomed their second son, Axel Strahl, earlier this week. However, Ashe had to deliver their second child while they were in the lobby of their New York City apartment. The couple also has a 2-year-old son, Ashe Olson.

One year before Ivey Joan was born, her big sister Maddie was critically injured in an ATV accident. She was reportedly airlifted from the Spears family home in Kentwood, Louisiana on Feb. 5, 2017. However, a Spears family representative stated that there were numerous conflicting reports on how the accident happened. The family requested that they send Maddie prayers and respect the family's privacy.

Jamie's Got A Knife

In January 2015, Spears made headlines when she stopped a fight that happened at a Pita Pit restaurant. TMZ aired the video that showcased the actress wielding a giant knife pointed directly at the offenders. The owner of the restaurant stated that he worked for the restaurant chain for several years and was amazed by Spears' courage to stop the fight. 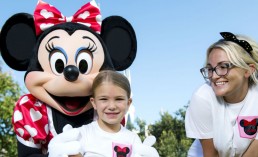 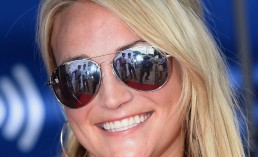 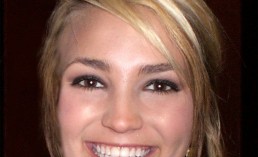