The drama exploded on part two of The Real Housewives of Atlanta reunion. A first look at part three reveals the drama will continue.

Kim vs. The World

Just when it seemed like all of the women’s issues had been settled on part two of the reunion, it looks like it was just the beginning of the drama when it came to Kim Zolciak Biermann. While Zolciak joined the reunion toward the end of the second part, she will certainly be the source of the drama for much of the third, based on the teaser.

Zolciak said her co-stars were plagued with “jealousy” and told them to “get well soon.”Leakes accused Zolciak of faking sicknesses and indicated that she should be rolling around on a scooter if she really was being treated for all of those diseases. Zolciak pointed out that she suffered a stroke and had heart surgery.

Zolciak clearly reached her breaking point when a majority of the women came for her. She got up and walked off set. Still, it doesn’t look like the women plan on ending their feud with Zolciak anytime soon as she stated she will never come back to the show.

Sheree Whitfield was also in the hot seat after Kandi Burruss called her out for spreading rumors that she wanted to “get with” Zolciak. Whitfield’s boyfriend, Tyrone Gilliam, is also a topic of conversation after he accused Leakes of stalking him.

Everyone Else Seems To Get Along

Meanwhile, part two of the reunion included a peaceful moment between Porsha Williams and Burruss. It was clear both of the women wanted to bury their drama after it became the key storyline in the previous season. Burruss was livid with Wiliams after she repeated a rumor that Burruss and her husband wanted to sexually assault Williams. Williams took the blame for her part in spreading the rumor and she and Burruss decided to move on.

Cynthia Bailey also confirmed that she and Will Jones are on a break after their relationship became a focal point for the season as well. It was Bailey’s first serious relationship since her divorce with Peter Thomas. Still, it’s safe to say Bailey has already moved on from Jones as she revealed she’s dating someone new. Her good friends Kenya Moore and Leakes have already met him via FaceTime.

Part three of The Real Housewives of Atlanta reunion airs Sunday on Bravo at 8 p.m. ET. 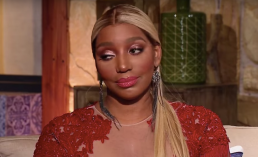 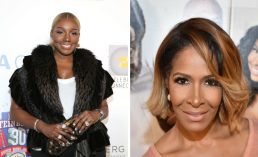 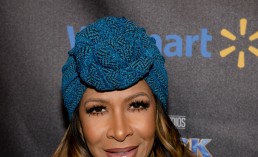