Gwyneth Paltrow expressed her gratitude to friends who have made her engagement party successful. More importantly, she thanked her love Brad Falchuk for "true happiness."

After being spotted during the weekend in Cabo San Lucas, Mexico for her simple and laid-back bachelorette party with close friends, Paltrow's Sunday became more hectic as she attends her engagement party. Sources revealed she had a great time in Mexico, just relaxing and taking some time off with her girl pals by the beach.

On her engagement party, the 45-year-old took it to Instagram to upload a photo of her and soon-to-be husband beaming onstage.

"Thank you to all of our amazing true and dear friends who came to support us. We feel like the luckiest people on the planet because we have all of you in our lives," she captioned the image, and made sure to credit her fiancé as well.

Paltrow wore a one shoulder maroon dress and looked absolutely stunning. Her fiancé, Falchuk, looked dapper with a white tuxedo. The party was arranged by Ryan Murphy, the co-creator of Glee and Scream Queens.

Paltrow and Falchuk's engagement party was reportedly star-studded, with celebrities Reese Witherspoon, Julia Roberts, Kate Hudson, Cameron Diaz, and Demi Moore attending the event. Even as that, a source claimed "it wasn't a stuffy party." The intimate party was filled with roses and candles that gave off a romantic vibe.

"It felt intimate and very special. You could tell that all guests very much love the couple," the source said.

It is expected that the two are tying the knot in a private ceremony as well. Paltrow and Falchuk just confirmed that they are engaged in January, after months of being heavily reported on. News broke out in November last year that the TV producer popped the question to the actress.

They met in 2014 at the set of Glee, when Paltrow made a guest stint. Their engagement was revealed on Goop Magazine, which the Iron Man actress founded, and her enormous sapphire ring made its debut at the Producers Guild Awards.

Of her wedding, the bride-to-be had been vocal about her excitement, though she was firm that she doesn't want an over-the-top event. Paltrow also feels like "a 21-year-old," citing the first time she would marry someone as she and Coldplay vocalist, Chris Martin, eloped before.

"I think I'm [too] old to have a big wedding and a big ole white dress and all that. I gotta dial it back," she said. 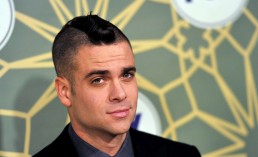 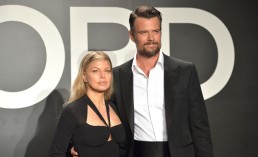 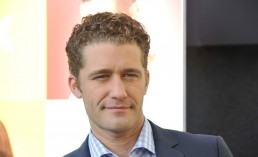