Robert De Niro is clearly not a fan of the U.S. President Donald Trump, and he made his feelings known during his opening speech at the Tribeca Film Festival on Wednesday.

De Niro is never going to change his negative perception of the U.S. president, and he once again made Trump a punching bag in his speech. Talking to a room full of journalists at Thalassa Restaurant, the actor directed his ire at the president and blamed him for all the rampant fake news coming out.

De Niro, who is the cofounder of the annual New York film festival, called Trump a "lowlife-in-chief" who has shown disregard for news items that do not align with his worldview and called them fake news instead. He also described Trump as a "madman" president.

"The country has had a bad year, and you — the press — have taken a lot of hits. America is being run by a madman who wouldn't recognize the truth if it came inside a bucket of his beloved Colonel Sanders Fried Chicken," the actor exclaimed.

"When he doesn't like what he hears, he dismisses it by saying it's un-American and damning it as 'fake news'. But we know the truth. All thinking people do," De Niro continued.

In his opening speech at the festival's press luncheon, the 74-year-old veteran actor also praised the journalists for an "admirable job this past year." He referred to them as saviors, although in his opening dialogue, he joked about them being fake news writers.

The Godfather star has long been outspoken when it comes to the U.S. president. His kickoff speech at the Tribeca Film Festival proves that he has no plans to mellow down any time soon. He recently expressed his interest to see Trump in jail in an appearance on the Today show.

"I hope there's a couple where I interrogate him then I arrest him and then I escort him to jail," De Niro said.

Just last week, De Niro pointed out the increasing number of people who have left Trump's administration. He alluded to the president as the cause of all the bad things that are happing in the country.

The Goodfellas actor also called Trump a "bulls**t" during his acceptance speech for the prestigious Chaplin Award. De Niro also made headlines ahead of the 2016 presidential election when he expressed his desire to punch Trump in the face. 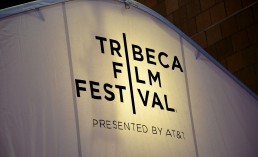 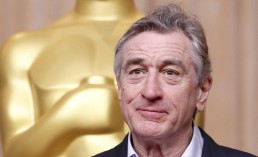 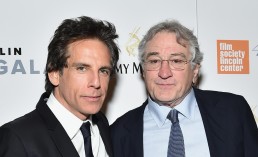