Kyle Richards said Kim Zolciak Biermann is welcome on The Real Housewives of Beverly Hills. Zolciak was reportedly kicked off of the Atlanta Bravo franchise.

Zolciak sparked quite the controversy after she was accused of being a racist this season on The Real Housewives of Atlanta. Things came to a head after Zolciak broke down on the final episode of the popular show’s reunion Sunday.

While Zolciak received lots of backlash for her comments that racism didn’t exist when the show first started a decade ago, Richards of The Real Housewives of Beverly Hills made it clear Zolciak would be accepted on her show.

Richards first insisted that Zolciak is not a racist. She said she enjoys watching Zolciak’s spinoff, Don’t Be Tardy, on Bravo. The show features Zolciak, her six children, and husband, Kroy Biermann.Richards also shared her thoughts on how Zolciak was treated at the reunion before she invited Zolciak to her show.

That might be a safe place for Zolciak after word spread that none of the women from Atlanta wanted to film with her. Reports also revealed earlier this week that filming for Don’t Be Tardy is on pause amid the controversy.

Meanwhile, a long-running friend of the show, Marlo Hampton, also spoke out about Zolciak’s controversy. While Hampton has yet to receive a peach, she has been a fan favorite on the show since she first made her appearance in season 4. Hampton said that Zolciak words and her actions often come across as racist, even if that’s not her intention.

She also pointed out Zolciak’s daughter, Brielle Biermann, posting videos of bugs from Leakes’ bathroom, and accusing Leakes of having roaches. Zolciak later allegedly shared the videos with all of the co-stars.

“You don’t send a video that says roaches,” added Hampton. “Where we’re from that means that you’re poor you’re dirty, you live in the projects.”

Zolciak later released a statement and denied saying that racism doesn’t exist. She added that she does not “tolerate” any form of that or discrimination. She said her words edited to make it appear as if she didn’t believe in racism. 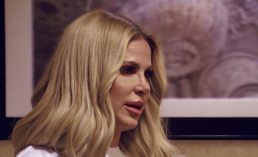 When It Rains It Pours: Kim Zolciak Biermann 'Stopped Filming' For 'RHOA' Spinoff 'Don't Be Tardy' 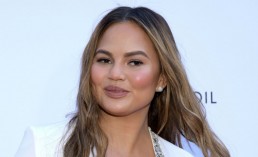 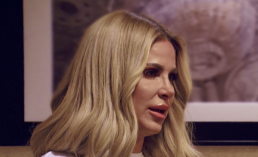