Colton Haynes and Jeff Leatham are splitting up. The American Horror Story actor and his florist husband were together for just six months.

Haynes, 29, is the one pulling the plug. PEOPLE confirmed he filed for divorce on Tuesday in Los Angeles, citing irreconcilable differences as the reason for their separation, as per court documents.

The Arrow star reportedly requested that the court eliminate any support requests from either party.

Trouble was brewing for a while, with the rumor mill going into overdrive last Friday. Teen Wolf actor Haynes deleted several photos of him and Leatham from his Instagram feed, as well as removing the word "husband" from his bio, and his married name, Haynes-Leatham.

Leatham retained his married name in his bio, which still lists him as Jeff Haynes-Leatham, although the two reportedly unfollowed each other on social media.

There were suggestions that Leatham may have been unfaithful, following the release of a song called "Man It Sucks," which referenced cheating drama, that Haynes was said to have written about him. The actor took to Twitter to set the record straight.

"Jeff would never cheat. He's an amazing man. Please stop being mean to him. The song I wrote was about a past relationship," he wrote to his followers last Saturday.

It Started So Well

Haynes and Leatham tied the knot back in October, at a star-studded Palm Springs ceremony presided over by none other than Kris Jenner. Stars including Jesse Tyler Ferguson, Joe Manganiello, Sofia Vergara, and Lisa Rinna were all in attendance.

They got engaged just one month after making their relationship Instagram official, with Leatham proposing to Haynes in Mexico in March with the help of celebs including Serena Williams, Melanie Griffith, and Cher. Haynes then proposed back to Leatham a few months later, and the two wore matching sparkly rings.

At the time, the couple were effusive about the love they shared in a statement to PEOPLE.

"It's just amazing when you find someone who kind of teaches you to love yourself more. When you learn to really love someone, it's completely life-changing. Now we have this beautiful life together and this epic journey ahead," gushed Haynes.

His partner was just as ecstatic, adding that he believed Haynes was his soulmate. Leatham talked about how real love at first sight is and how important it is to keep both your heart and mind open, adding that it's the way to find love.

"Colton has been such an inspiration to me. We couldn't be more different, but our love is the same and I think that's the strongest part of our relationship," he added.

According to a source close to the couple, they may have split up because Leatham was pulling Haynes away from his closest friends, leading him to lose who he is.

After Haynes' mother passed away, he realized how isolated he was.

"He realized how isolated he'd been from his friends in the time he needed them most. Their relationship was never as perfect or romantic as they had publicly portrayed," the source told E! News. 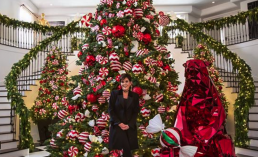 LOOK: Kris Jenner's Red Bear For Christmas Is Back 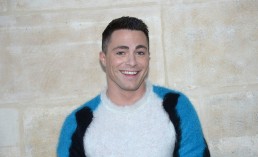