Thomas Markle is concerned he may never see his daughter again. Meghan Markle's father fears their relationship is forever ruined now that she's a royal.

At A Complete Loss

The Duchess of Sussex's dad is reportedly heartbroken at his increasing estrangement from his daughter, especially since he missed the royal wedding.

"I haven't talked with Meghan and Harry in a long time," he told friends, according to the UK's Mirror newspaper.

After missing out on Meghan's big day, Markle is reportedly worried he may never see her again. He even believes the Duke and Duchess of Sussex are now well shot of him.

"Thomas is heartbroken. He is at a complete loss as to why he has been excluded," a source advised.

He may be concerned about his relationship with his daughter, but retired lighting director Markle met up with son Tom Jr. for the first time in over four years this weekend, and it reportedly went well.

Their hour-long reunion looks to put more pressure on the Suits alum to make the trip to Mexico, where her dad is currently based, to check on his ailing health.

Markle suffered heart palpitations and had to have emergency surgery shortly after he was exposed by the British press for faking paparazzi photos for cash.

He also broke royal protocol by appearing on Good Morning Britain to discuss Prince Harry's views on Brexit and Donald Trump. Markle now believes his daughter will never trust him again as a result.

A friend of Prince Charles recently described the Markles as frightfully common folk. Nicky Haslam, an interior designer and old friend of Charles and Camilla, said he was glad nobody but Meghan's mother, Doria Ragland, attended the wedding from her side of the family.

"They're frightfully common. It would have been awful if that huge lump [referring to Meghan's father, Thomas Markle] had been there," he said.

According to Haslam, the Royals wouldn't have known how to deal with anybody but Ragland, whom he acknowledges is not common. He also didn't like Meghan's dress.

It's worth noting that the interior designer did not attend the royal wedding, and instead watched at home along with millions around the world.

Meghan's mother, meanwhile, has maintained a dignified silence in the midst of all the madness. She was recently snapped coming out of a bakery in Inglewood, California looking like any other regular woman going about her business in peace.

Ragland has reportedly stayed quiet, even in the face of intense media scrutiny, to protect her daughter. 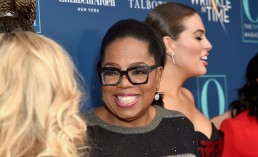 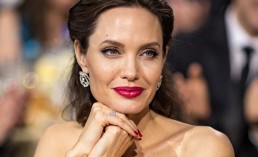 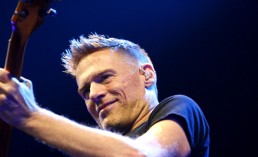 Did Singer Bryan Adams And Princess Diana Ever Date?