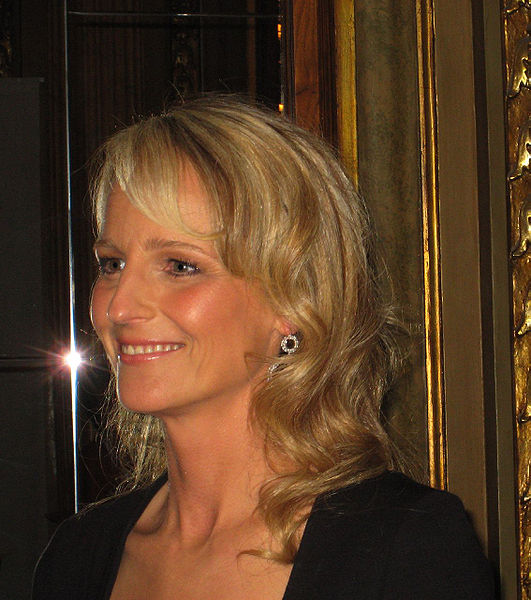 Helen Hunt was involved in a car crash in the city of Los Angeles. The collision caused her car to flip to the side of the road.

TMZ has reported that the 56-year old actress was taken to Cedars-Sinai Medical Center for immediate treatment. Stephen Huvane, designated representative of Hunt, told the press that she has been released from the hospital and is now recovering at home.

He also said that she is well and has not sustained any major injuries.

However, the officer declined to name the parties involved in the accident. He only said that one party was taken to the hospital and the other left the scene needing no medical assistance.

A video with the Wednesday timestamp obtained by TMZ showed a white sedan striking a black SUV in the intersection. The SUV continued and skid through the intersection before flipping over onto the driver's side.

The rescuer, Zarren Thomas, leaped into the scene and pulled Hunt out of her car to save her life. Hunt was taken out of her car that flipped soon after it collided with another vehicle.

In an interview with Entertainment Tonight, Thomas said he was working and just went out to get some fresh air when the crash happened. He detailed that he had to get on top of the car with the help of a fellow employee in order to get the door open.

Thomas was reportedly not aware that the person he saved was a celebrity. All that he had in mind then was to get everybody out of the car crash scene safe and sound. He also told ET that the scene was pretty scary, and he wasn't sure if everyone involved was okay.

In the same ET report, Helen Hunt has been confirmed to be taken home to rest. Her spokesperson has also said that she is currently recovering from the trauma of what happened.

A California native, Hunt rose to fame for her role in the 1997 hit "As Good As It Gets," which won her an Academy Award. Her role as Jamie Buchman in "Mad About You" has also given her four Emmys.

Hunt has not given any comment on the accident. Her last post on Instagram on Monday showed her having a nice meal with actor Jay Huguley and producer Bill Gerber.

Helen Hunt is now working with co-star Paul Reiser on the revival of her hit Mad About You. The new series will be limited to the subscribers of the Charter's Spectrum Cable.

In a joint statement Reiser and Hunt released in March, they expressed their excitement doing the show again. They are also thrilled that Peter Tolan has agreed to play the fearless captain in the series.

The actors promised to give their fans a funny yet heartwarming show and vowed that it is going to be great.

© 2020 ENSTARS, All rights reserved. Do not reproduce without permission.
TAGSHelen Hunt As Good As It Gets Mad About You car crash
SEE COMMENT
CLOSE COMMENT