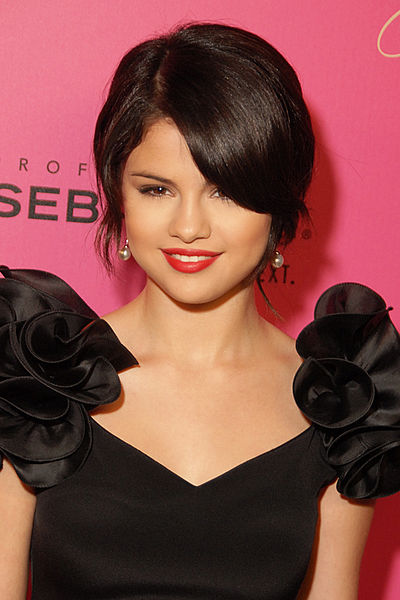 Calling all fans of Selena Gomez!

"The Same Old Love" hitmaker announced in a series of posts that she will be releasing a new music in the coming months.

In a cryptic caption to a childhood photo, Gomez posted on Wednesday what seemed like the lyrics of a new song. It's coming soon, and the star had to tease everyone about her new music release.

Today, Gomez went all out by posting photo after photo with the lyrics of her new song as the caption. First, she shared her most recent photo with another line that is music-worthy: "Rose-colored glasses all distorted."

She was wearing a veil in a black and white shoot. The image should give everyone a hint of what her new album would sound like. The tone in the images reveals a lot about the upcoming tracks people can expect from the young singer.

Two hours after the first photo was published on Instagram, the young actress and model stopped playing coy and simply revealed the good news. It is a good time for a new song or maybe a new set of songs.

In her post, she said, "I ignored the signs, but now I know." this caption came with a short clip showing a theater.

She also tagged the music streaming platform, Spotify. That was such a giveaway. Spotify was not the only one tagged. Amazon Music was there, too. That just confirms it.

Soon after, Gomez posted a photo of the Times Square featuring Amazon music and her. With the eyes emoji, Selena posted a message about having Alexa follow her.

When is this new music from Selena Gomez coming out? It remains unclear when the song or the music album will be released.

However, one thing remains clear at this point: the wait won't be that long anymore. The new single will be here. Amazon Music hinted in their twitter account that the release might just happen today -- Selenator sleuths must be so excited!

Back in June, Selena Gomez confirmed in an interview on The Tonight Show with Jimmy Fallon that she has actually finished working on her new album.

She revealed that she's only going to finish up a few things about the new music collection. Gomez spoke of how relieved she felt that it's finally done.

It took her four years to come up with a new album. Now, she feels like she's in a good place because her album is done. She went through a lot in her personal life in the past couple of years. She kept going and going until she's finally okay.

Gomez revealed a few facts about the album she's releasing. It is mostly composed of pop songs, but she said she explored more on the electric guitar for this new collection.

There are a few more soulful tracks that she hopes everyone would love. Furthermore, she revealed that the songs are a kind of hit in their own genres. collectively, though, she remains hopeful that everyone would appreciate it.