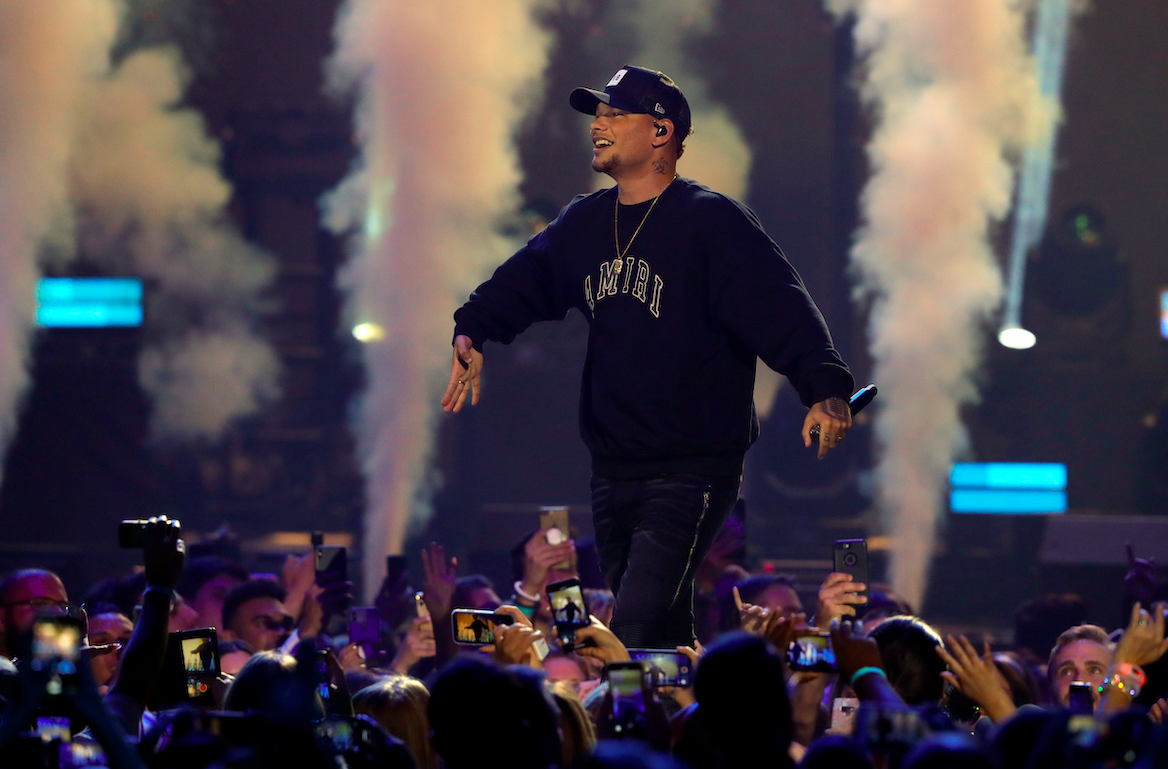 Country musician Kane Brown is still devastated by the tragic death of his drummer and long-time friend, Kenny Dixon.

At the 2019 CMT, the musician appeared sad just days after his bandmate was killed in a car accident at 27 years old. Dixon was also set to say "I do" with his fiancée, Sarah Hendrick on November 30, in his home state of Georgia.

The drummer has been with Brown's band since their early days, when they are still playing before small crowds in Chattanooga, Tennessee.

When accepting the 2019 CMT Artist of the Year award at the event, Kane couldn't hold back his tears as he paid tribute to his late friend.

"I want to dedicate this to my drummer, Kenny. People didn't think we would make it. He was with me the whole time. He was so supportive of me. I love you, ma. I miss you. The band misses you."

He also thanked his management, his fans and the entire country music community and signed off with "Bless you guys, y'all stay safe."

Chris Young, also a country singer who presented Brown with the award, also honored the late drummer and the tragic death.

"Understandably, a lot of us can't even imagine what he's going through, but right now he felt it was really important to be here tonight," Young said.

In a moment of silence, singer Thomas Rhett said that he just wanted to lift Kane, his late drummer and their families and later asked everyone to pray with him.

On Saturday night, Dixon was tragically killed in a car accident. The band's representative confirmed the news and released a statement, saying: "Kenny was a member of our family from the very beginning, and our hearts are with his fiancée Sarah, his son and everyone who knew and loved him.

Based on the initial report announced on Monday, the drummer was speeding when his 2016 Kia ran off the road on a highway, about 64 kilometers southeast of Nashville and struck a tree head-on.

Drugs and alcohol were ruled out, and there were no criminal charges filed.

After the news of Kenny's death, Brown took it to Instagram to mourn and share his love for his friend.

Sarah Hendrick, on the other hand, was in disbelief and was at a loss of words. However, she said she has to be strong for Levi (their son), believing that God will pull them through this.

As of Thursday, a GoFundMe campaign was set up for Hendrick and their son and had over $18,000 in donations.

The band's sold-out concert, which is set for October 18, 2019 at the Staples Center in Los Angeles, was postponed and rescheduled for January 9, 2020.

Kenny Dixon's death was not the only one being mourned on the CMT. Senior VP of music strategy for the CMT in the late 2000s has also passed away from cancer on Sunday and was silently celebrated with an end card at the final part of the program.