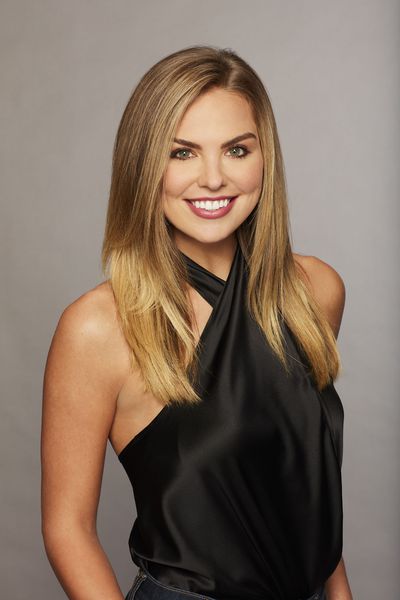 Hannah Brown admits that she has been struggling to adjust with her new life.

In one of the episodes of ABC's "Dancing with the Stars," Brown broke into tears as she narrated how she missed Alabama. She wasn't sure if Los Angeles truly feels like home yet -- a piece of her heart is and will always be staying back in her home. Is she ready to quit?

In an exclusive interview with Entertainment Tonight, the 25-year-old TV personality confessed that navigating through a new solo life in the City of Angeles has not been a simple walk in the park.

"I feel the support and I feel the love, but there's nothing like being home," Brown said.

Brown has since then taken the role of a feminist icon, bestowed upon her by no less than former President Barack Obama's aide, Alyssa Mastromanco.

Fans admire the crossover appeal Brown is successfully carrying, a multidimensional woman who went through heartbreak, double-standards, judgment and depression. Despite the bumpy ride she had to endure, she still had the strength to focus on herself and on life's endless opportunities.

Brown hit the stage of "Dancing with the Stars" Season 28, showing off her amazing skills on the dancefloor. So far, she has successfully defended her spot in the competition. She still has a lot more to give, and the 25-year-old said she would be really saddened if her DWTS journey is suddenly be put to an end.

In a previous interview with Marie Claire, she revealed that it was not all about fame nor winning the Mirrorball. She wanted to stay in the competition as long as possible, for she knows that doing so would give her a valuable amount of growth. She sees her experience in the show as the best way to grow and look forward to what life has in store for her in the future.

Despite the sudden boost of her fame, Alabama Hannah revealed that she misses the simplicity of her home, where she could comfortably watch movies with her mom and dad on their gray L-shaped sectional with her dog on her lap.

"I feel like I'm a complicated person, so I've got a lot of different emotions going on," she said, torn between her passion for her career and her enamoring love for her family.

After DWTS, however, Brown is still undecided on whether she would stay and proceed with the showbiz industry or go back to Alabama and live with her family.

© 2021 ENSTARS, All rights reserved. Do not reproduce without permission.
TAGSDancing with the Stars Hannah Brown
SEE COMMENT
CLOSE COMMENT